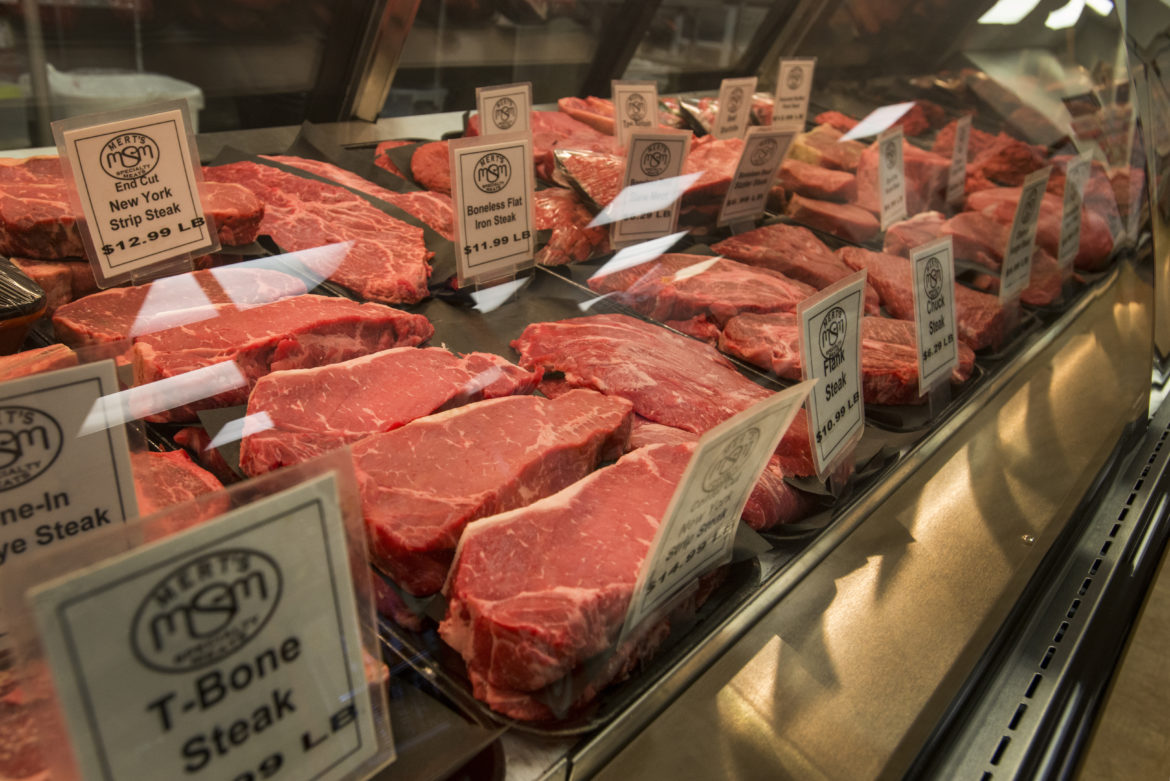 The inspiration for Mert’s Speciality Meats, a family owned business, was the unemployment of Shirley Decker and her husband Mert Prescott. Shirley Decker suggested to her husband they should open a meat and seafood market and he played along with the idea without realizing she was serious.

“Say we don’t have something in here that they want, our guys will cut it for them,” Shirley said. “We pride ourselves in customer service and quality because we can’t compete with (big corporations) for price, we just can’t.”

The store also stocks meats that would be impossible to find at a bigger deli. Mert’s Specialty Meats carries more than just traditional meats, such as snake, elk, pheasant, rabbit, alligator, bison, kangaroo and wild boar.

“The people will do virtually anything you ask them to do,” Mary Kearney, 78, of Meridian said. “They’ll cut it any way you want; they go out of their way to be helpful.”

“We sell fresh to most of our customers and we first have to know the cost and then we set the retail,” Shirley said. “We don’t even know what the customers going to buy yet. So we’re buying intending on selling what we’ve purchased.”

Nancy Crown, 58, of Holt, a Mert’s employee, said she is excited about Thanksgiving. Last year, she worked during both the Thanksgiving and Christmas season and she said the store handled both holiday rushes smoother than expected.

Gail Peterson, 60, of Okemos, said she has been coming to Mert’s Specialty Meats since the store first opened. She said the meat here is fresh and she can trust where it is coming from and she will be ordering her Christmas dinner a few weeks ahead of time.

“(The customers) keep us open,” Shirley said. “We do what we can to bring in what they need.”

Nic Antaya is a student at Michigan State University pursuing a bachelor of arts degree in journalism, with a concentration in visual communication. Antaya is also an assistant photo editor at The State News.