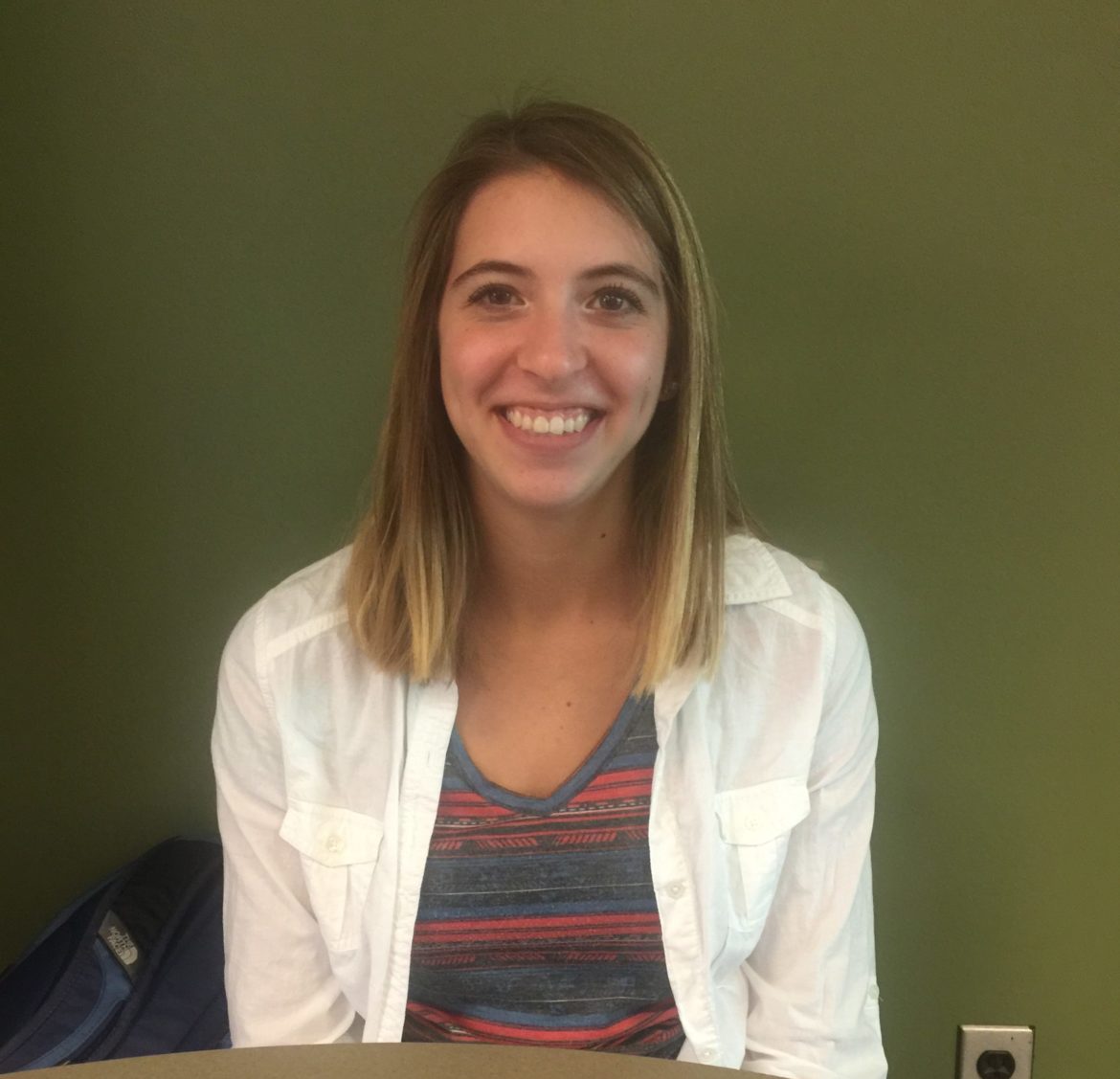 Marisa Lipcaman, a 20-year-old dietetics major at Michigan State, enjoys dancing and spending time with her friends and family. She minors in dance and is really interested in healthcare.

“I feel that we over prescribe and rely on drugs heavily, which often have unpleasant side effects, so I want to use food as medicine,” said Lipcaman.

Lipcaman, a junior who lives off campus, said her long-term goal is to work in a private practice and counsel people with clinical illnesses, or anyone that wants to start eating better.

When she graduates, she’ll do a one-year internship and then take her exam to become a registered dietician.

However, like many other students, she is not yet registered to vote. Lipcaman says she plans to register, but she hasn’t gotten around to it and doesn’t know the specifics of registering just yet

“I should have registered when I was 18, but I did not,” says Lipcaman. “I really just want to vote in the big presidential election, so I should do that soon.”

Growing up, Lipcaman had other things to personally endure.

“I lost my dad to cirrhosis of the liver when I was 12 so that brought a storm of emotional issues, like anxiety and some depression,” she recalled.

It is because of events like this that she still dances and is passionate about it. She says it keeps her sane with the build up of stress and schoolwork.

Growing up in Ann Arbor, Lipcaman says she got pretty much everything she wanted in a
middle-class home. She didn’t necessarily feel the need to learn about the laws in her own city because she didn’t feel they directly affected her.

“I don’t really know why. I guess I’m just not very into politics. I don’t care too much about it,” said Lipcaman.

The only laws that she could think of that can apply to her are the laws that apply to any licensed driver and the student employee laws, as she works at the MSU Union food court.

According to Lipcaman, she never cared much to learn about politics because her parents were never too deeply involved with politics.

Despite not being influenced by politics, she does think it is important to vote anyway.

“I think everyone should have a say. It’s like a balance of power.”

When she picks a candidate, she will consider what they plan to do, as well as their political past.

She isn’t sure who she plans to vote for this year in the presidential election, but she is positive it is not Donald Trump.

“I don’t want Hillary either, but I feel like that’s who I’m going to end up voting for,” says Lipcaman. “There’s also the third party, but I was told by my friend that if you vote for that, it’s kind of like casting your vote away because they don’t get enough votes to make it count really.”

For this reason, Lipcaman is leaning towards Hillary Clinton because she says she doesn’t want her vote to be discounted.

“With Trump…how he wants to build the wall, I think that’s stupid,” Lipcaman said. “This is America, and everybody’s welcome.”

She doesn’t know much about her role in elections, but she knows it is important. She’s talked to a lot of people her age and feels as though all of her friends are on the same page with not wanting either candidate.

“I think as far as electing, we do a good job with that, but, especially for this election, if we don’t like either candidate, there should be some way to remove them and just get all new people,” Lipcaman says.

Her family hasn’t made it a huge deal for her to be registered to vote, but she believes they do want her to vote, because they do. They just aren’t “huge into politics.”

At 20, she knows the bare minimum of politics, and that doesn’t include what directly affects her. She knows what she does because she had the personal interest in learning it.

Exactly how important was it to her parents that she vote and be counted?

“Apparently not very, because I’m not even registered yet!”