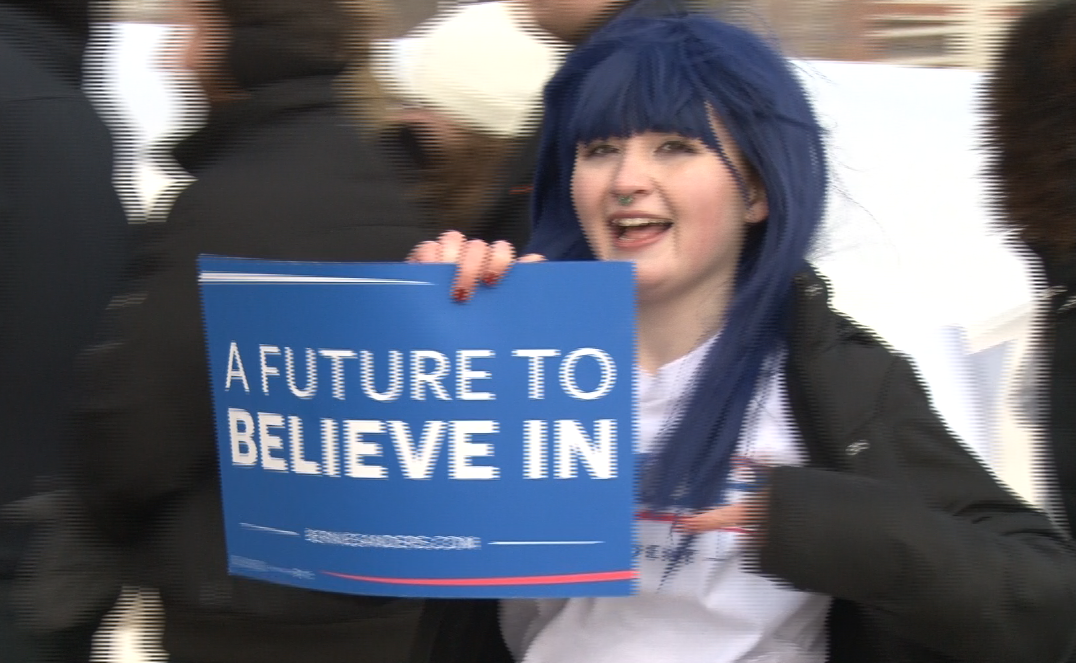 Sanders was set to go on stage at the Breslin Center at 7pm, but the line started way before that

“We actually got here at one o’clock,” said Lansing Community College student William Depew, who was the first in line.  “I saw something on tumblr, believe it or not, and it was a post about people being kinda sad because they had to vote for Hillary, and it was like ‘Hey, heres some things you probably agree on because you’re a youth and I agreed with all of them, and right away I was feelin the bern.’”

However, not everyone came to see Sanders. “No we’re not,” said Madi Sholtz, who is a member of the Michigan State College Republicans. She along with other members were holding signs that read phrases such as “The best social program is a job!” and “I (heart) Capitalism.”

“Were just here trying to just educate everyone about capitalism,” said Sholtz.  “Also to show that not everyone is feeling the bern, and that’s ok too.”

Also in attendance was also a hip hop artist filming a music video for his new song.

“I wrote the song, it’s called ‘Bernie Sanders,'” said Flint native Joey Cough. “It’s basically a song about Bernie Sanders and supporting him and his campaign.”

Despite the cold weather, supporters were still excited.