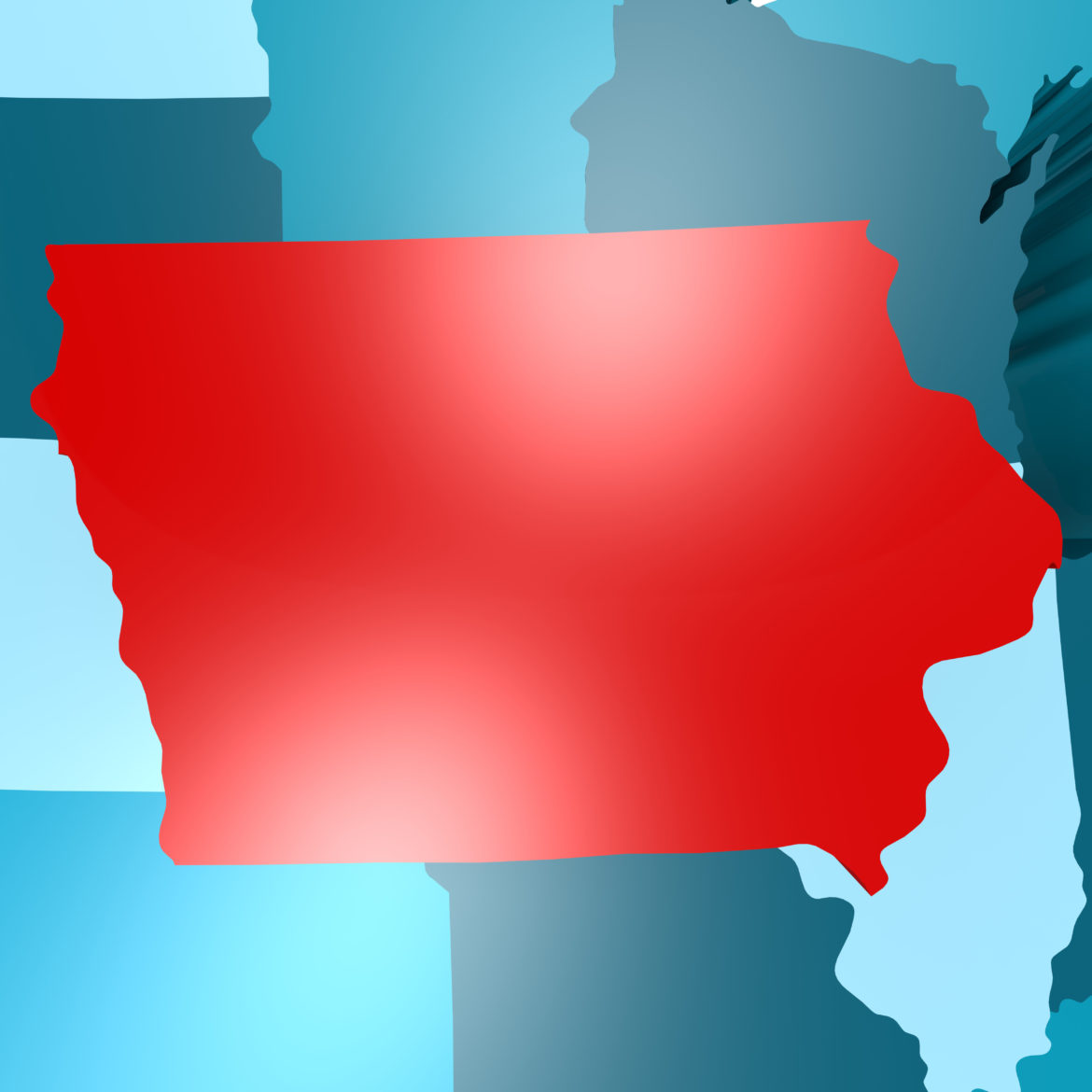 Iowa image with hi-res rendered artwork that could be used for any graphic design.

Also in Iowa, Democrat Martin O’Malley ended his campaign for the party’s nomination, leaving just Clinton and Sanders in that race.

The New Hampshire primary is Tuesday.