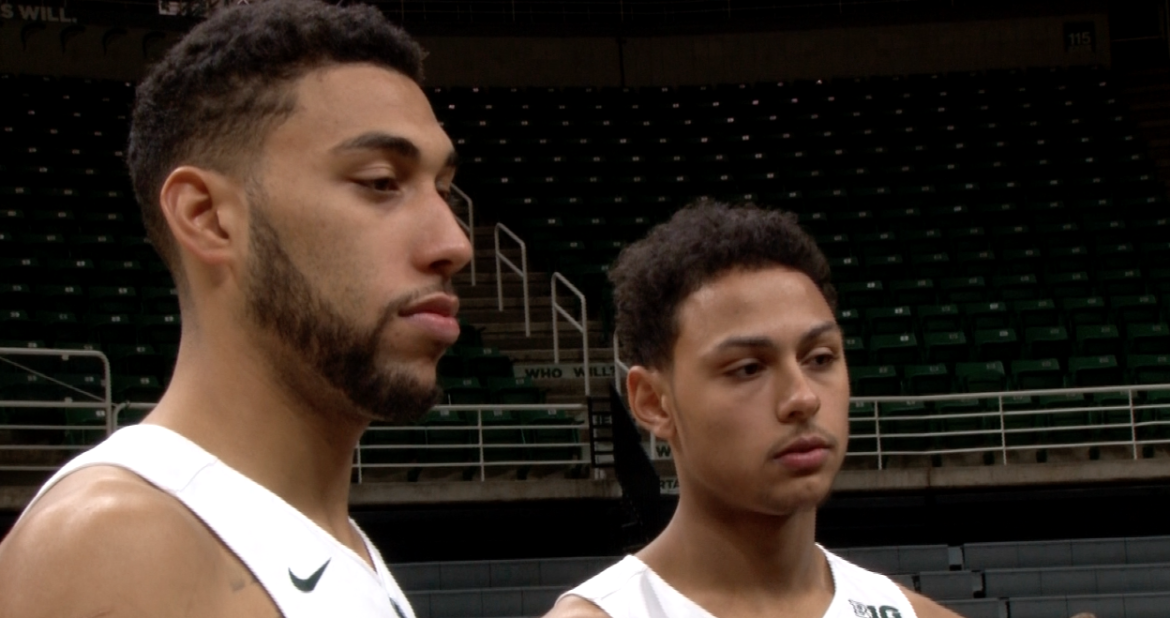 With a brand new Final Four banner now hanging in the rafters, expectations for this year’s men’s basketball team are even higher.

“Our motto this year is take it to another level,” said sophomore guard Tum Tum Nairn Jr.

“We want to get to that next game and play for a National Championship,” said sophomore forward Marvin Clark.

“We just look like a team that can win a National Championship,” said senior guard Denzel Valentine.

Coach Tom Izzo says it’s really the players who are setting the goals to win big.

“We’re gonna need everybody on our team to win a national championship,” said Valentine.

“The start of our stars is Valentine,” said Izzo.

With the loss of Travis Trice and Branden Dawson, Valentine has stepped into a big leadership position. However, according to some players, he’s already been there.

“I wouldn’t say how has he stepped in, I feel like he’s been that way since I got on this campus,” said Clark. “Last year he was a big leader for us, he just wasn’t a senior.”

A lot of these players are described as gym rats, putting in a ton of offseason work during this summer, and coach was specific to point out improvements made by Bryn Forbes

“The excitement of our summer was Forbes,” said Izzo. “To me he was MVP of the summer.”

“I think we all had a piece in the MVP,” said senior guard Bryn Forbes.  “Everybody’s changing their body, everybody’s doing something to get better.”

The senior class has the opportunity to become the winningest in MSU history. Forbes and Valentine also can create history by winning a championship together in both high school and college, all in their hometown.

“What a better way to go out then to play for your home town team and win a national championship,” Valentine said. “I don’t think nobody’s ever done that.”

While this season has the potential to be record breaking one, the lofty expectations could also make it a heartbreaking one.