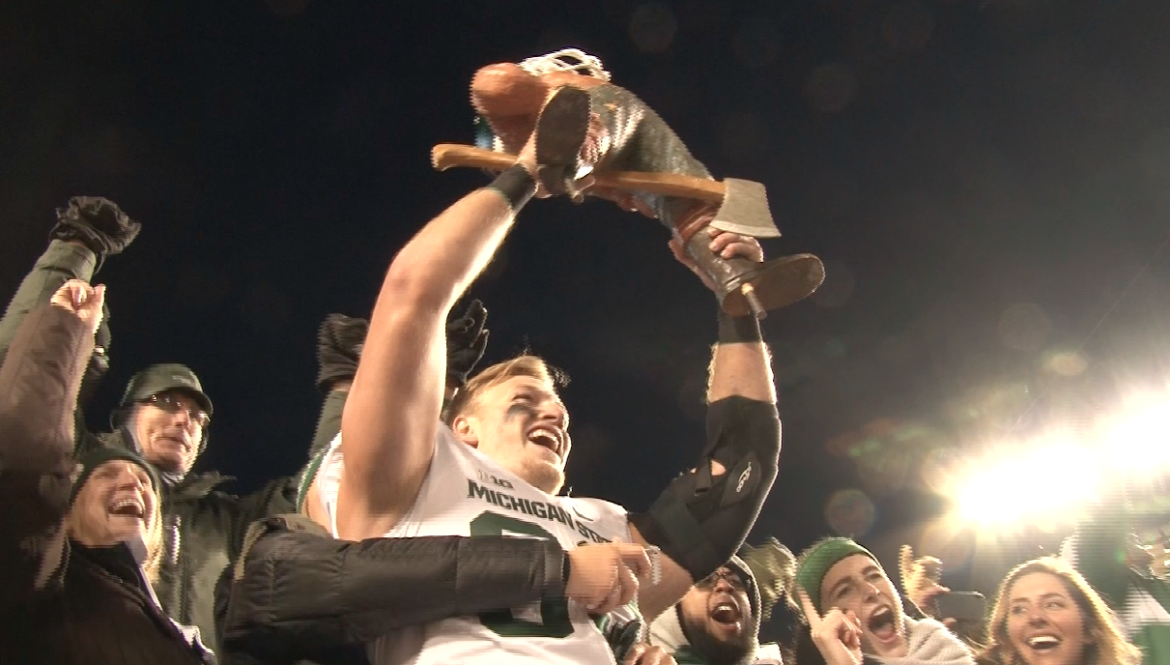 It only took 10 seconds to silence the largest stadium in the country with Rangers: Mission 4-10. That was the name Coach Mark Dantonio gave the last play that ended the Michigan vs. Michigan State game on Saturday, and it’s a play that will be remembered for years and years to come.

“For everyone who was watching this game, there was no shot for us to win, and then for that to happen and go down… just lost for words,” said Michigan State quarterback Connor Cook.

Not only was Connor Cook at a loss for words, but the entire stadium was feeling the same way, trying to comprehend what they just saw.

“I didn’t know what was happening man… I was just, I was just with all of you, some green some blue, everybody probably with their mouths just dropped,” said Head Coach Mark Dantonio.

Once the clock read zeros and Jalen Watts-Jackson was lying in the endzone, the majority of those in the big house where stunned silent.  But the rest, they went crazy.

While many of the fans had previously thought the game was over, the spartans never gave up.

“Not at all, I didn’t think it was over,” said defensive end Shalique Calhoun.  When the punt team went out there I said ‘just believe’”

“I think it’s the culture we have on our football team,” said Dantonio. “Our guys just continue to play, and we believe in each other.”

“Believe in each other, believe in yourself, and just keeping pushing forward, and of course, we believed in ourself, everyone on that field felt that they were gonna block that punt,” said Calhoun.

A belief system that led to one of the most improbable finishes in college football history, and keeps the spartans undefeated record in tact.