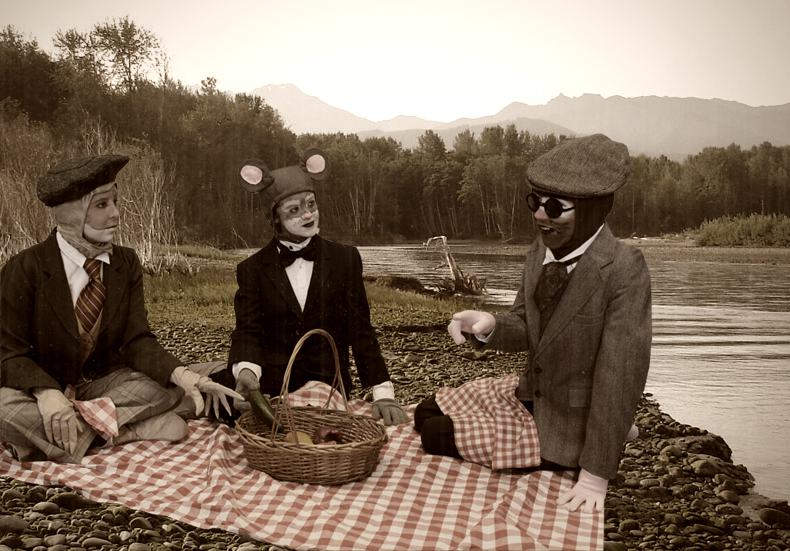 East Lansing employee Sarah Willis can still vividly recall her excitement on one particular Sunday afternoon in 1994 after watching her first theatrical production as a curious 4-year-old.

Today, Willis finds herself working as the artistic director for East Lansing’s All-of-us Express Children’s Theatre, which introduced her to the world of theater 20 years ago.

“I auditioned when I was 7-years-old, but seeing the play was the lighting of the fire,” Willis said.

Founded in 1989 by Evelyn Weymouth, the theater produces four stage shows every year. Young individuals between the ages of 9 and 18 are given the opportunity to explore the different realms of theater by performing on stage and working behind the scenes.

The theater independently functions as a non-profit organization providing Saturday classes, summer drama camps, traveling troupes and professional productions to the East Lansing community. In 2009, it formally became a city entity under the City of East Lansing Department of Parks, Recreation and Arts.

As a member of nine years, 16-year-old Morgan Pohl has been greatly influenced by her education and experiences in this program.

“I’m going to start applying for colleges soon for theater,” Pohl said. “It’s my future career path and I got all of that from here!”

Playing one of the lead roles in “The Wind in the Willows,” which debuted on Feb. 6 at the East Lansing Hannah Community Center, Pohl said she continues to be encouraged by the theater’s welcoming atmosphere.

“I’m kind of a drama queen,” she said. “This is what I’ve always loved to do, and to do it with the kind of people involved in All-of-us Express is the best. It’s a chance to grow and learn from all the different people and directors you get to work with.”

While working with such passionate individuals, Willis said she is sometimes surprised by the impact that she has on the participants.

“When you hear parents tell you that something meant so much to their child, or they (the participants) write you a note thanking you for giving them their first opportunity to act, that’s what is really important and that’s what is really cool because most of the time you don’t see it until you get that feedback,” she said. Near the end of each production, Willis said, many youth participants take more risks and appear to be more outgoing.

“That happens a lot with younger kids who are shy when they arrive, and they absolutely blossom,” she said. “You put them on stage under the lights and suddenly they are a whole new person.”

Katie Brewer from Laingsburg, Michigan, said she has witnessed this growth in her younger daughter, who became a member in fourth grade.

“My one daughter was very shy when she started here three or four years ago, and now she has gained so much confidence,” Brewer said. “She is actually going to assistant direct the summer show and has now tried out for her high school musical. It’s just phenomenal.”

Brewer enrolled her two daughters in All-of-us Express Children’s Theatre when they were in elementary and middle school because Laingsburg does not offer drama to young students.

“We drive about 25 minutes to theater four or five nights a week, but it’s definitely worth it for them!” she said. “It gives them a very well-rounded experience.”

Besides auditioning, members can learn the responsibilities of different crews that work in costume, makeup, set construction, props, sound, lighting, directing and management. In the Guild Program, students progress through the Apprentice Level and Journeyman Level before earning a badge in the Master Level for a specific crew.

“The youth are required to serve on a crew before they can again be cast in a show,” Willis said. “It gives them a deeper appreciation of the whole of theater.”

Alumna Morgan Lees said her involvement in the program from 1996 to 2008 allowed her to gain more confidence and played a significant role in her pursuit towards directing.

As the president for the All-of-us Express Board of Trustees, Lees has directed five productions since her return, including “The Wind in the Willows.”

“It’s really great to see people grow into their role and help them to bring out the most in their parts,” she said.

In its pursuit to support such growth in participants, AECT is introducing the first annual Young Playwrights Festival that will take place May 8 and 9. After giving members the opportunity to write and produce their own plays, the festival will showcase three plays written by young women involved in the program between the ages of 11 and 13.