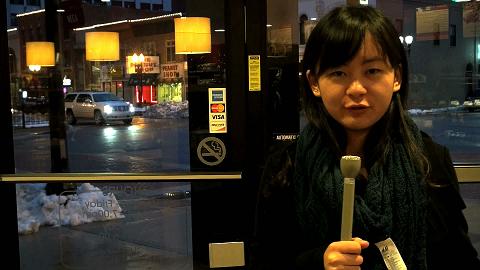 Born in Zhuangzhou, China, Silu Guo is now spending her first year in MSU  , with a major in journalism. She got her bachelor’s degree in China University of Political Science and Law  , with a major in Law and a minor in Chinese Language and Literature.

Silu Guo starts her dream of being a journalist in an early age. She was the reporter and editor of China Youth News  during high school time. After study journalism related courses in Toronto and Oxford during summer breaks, Silu interned at the People’s net , Chinese Art magazine ,Ningxia Illustrated and etc. She also worked as a part-time English teacher at the New Oriental English School  in Beijing.

As a volunteer, Silu worked for Beijing Red Cross and JA China. She is also a volunteer for 2008 Beijing Olympics and have been to Sichuan Province after the 5.12 earthquake to help and interview.

With two bachelors in law and Chinese language and literature, and a bunch of experience interviewing famous lawyers and CCTV reporters around the world, Silu believes that the role of journalists is to pursue the justice and impartial of the society.