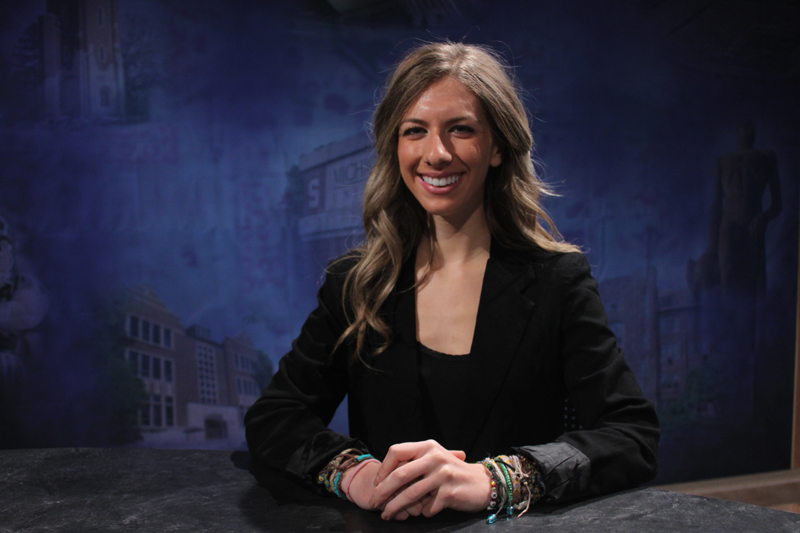 Katie Dalebout is a senior in the school of journalism graduating this spring.  Originally, from East Lansing is would seem she was destined to become a Spartan someday. She graduated from East Lansing High School in 2008 where she first began her pursuit of journalism working on her high school paper and attending multiple MIPPA workshop sessions.

Since attending Michigan State her opportunites for participating in journalism have continued to grow and she has taken full advantage.  She has served as the Global View editor of campus online publication, The Big Green where she is currently thier Sex and Health editor where she contributes a monthly cooking segment called Hot & Healthly.  She has written for ing Magazine since freshman year and now writes the monthly column Katie in the Kitchen.  She is also a member of the State News board of directors and works as a studio assistant in the Digital Media Arts and Technology lab.

Katie’s journalism career finally took her out of East Lansing all the way to Spain where she studied visual communication and information graphics with professors Cheryl Pell and Karl Gude.  After spending five weeks in Barcelona and Madrid, the experience first opened her eyes to not only her fascination with publication design, but also with travel.  While in Europe she traveled to Portugal and Italy and hopes to make it to India and England on her next trip as soon as possible.

In her spare time, Katie does yoga every day and dreams of living in New York City and traveling the world.

Keep up with her on twitter, tumblr or  her personal blog!