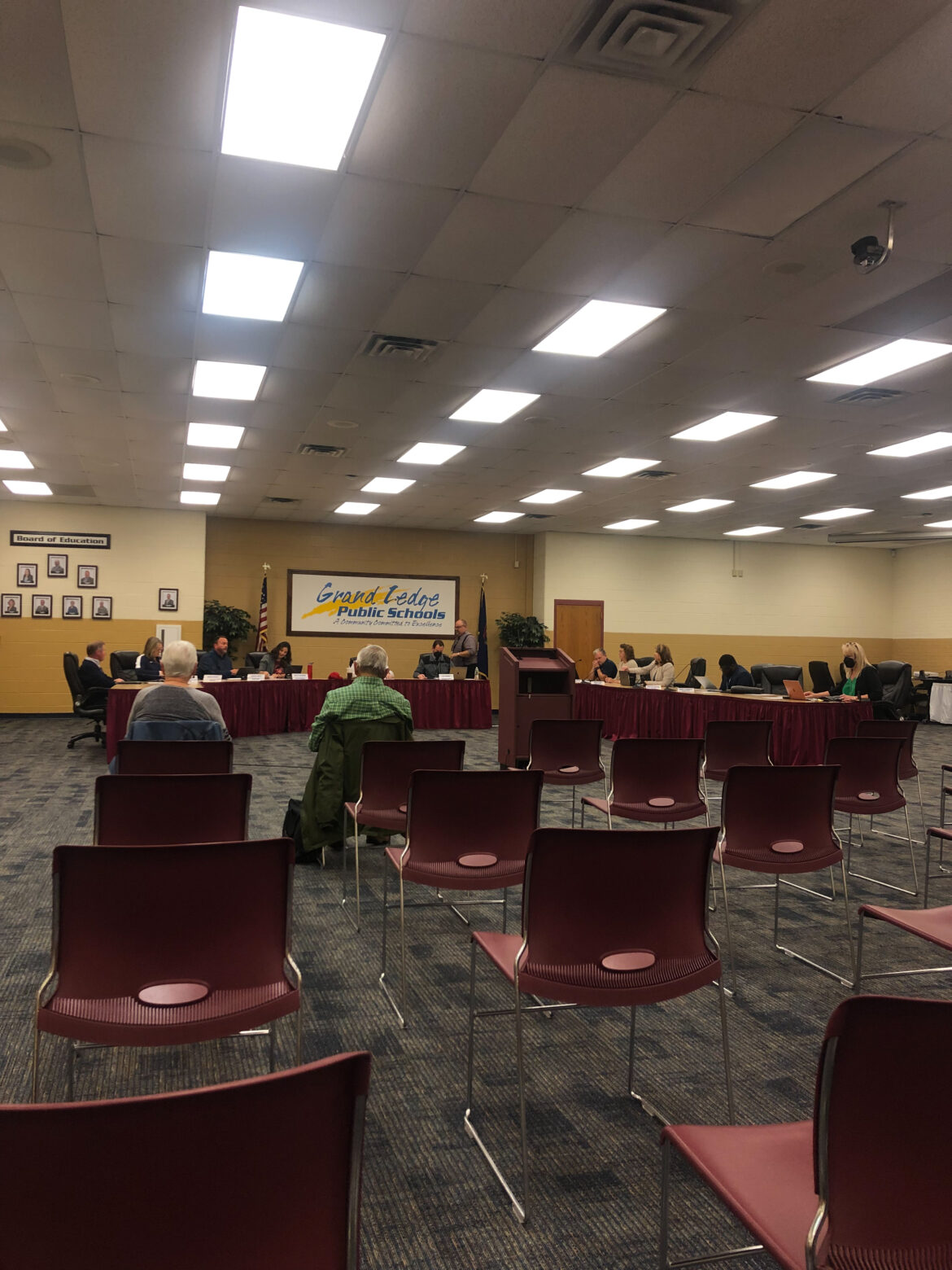 Grand Ledge Public Schools Board discusses the future of schools in the district on Oct. 10, 2022.

Grand Ledge Board of Education voted unanimously to allow Superintendent Bill Barnes to begin negotiations with Watertown Township on the potential sale of the Wacousta Elementary School building.

Before the school district sells the old building, it will construct a new, upgraded Wacousta Elementary.

The new school will be financed from a bond passed in March 2018.

The district  originally planned  to  demolish the old building, but now hopes to sell it to Watertown Township, which plans to convert it for office space. The new school will be built adjacent to the current one.

“The opportunity to create a partnership with another local municipality and help them out is really exciting,” Barnes said.

The old building was built in the 1970s, so the school district is planning to build a new and improved one that is safe for the students and teachers.

Nicole Shannon, vice president of the Board of Education, described the building as unusual and barn-like with no real internal walls. The classrooms are big spaces divided by bookcases and rolling carts.

“We’re hoping that other folks in the library or other community groups would also be interested in using some of that space. This way we save money because we don’t have to tear it down plus the building gets a second life,” Shannon said.

Denise Dufort, trustee of the Board of Education, said that she would like to see more classrooms increased security and added walls to the interior of the new school.

“I think it’s better for our students and our teachers to have a little bit more opportunity to contain their classrooms when they’re doing special activities. Sometimes they need quiet and sometimes they know they’re going to be loud,” Dufort said.

On the site of the new school is a playground, known as “Dream Depot” that the community self-funded, with soccer fields and basketball courts that the students use.

“‘[The community] were very concerned that it might be harmed when we put up the new building. So we jokingly said that we can’t touch the ‘Dream Depot; we’ll work around that,” Dufort said.

One of the challenges that Grand Ledge Public Schools experienced and continues to face is how dispersed the schools are since some are located in Eagle, Wacousta and Lansing. The district has always had to spend more money on transportation than other districts.

“I know there’s some districts that are going to electric buses, which I find quite fascinating. My understanding is it’s quite a large expense on the front end, but we’ll see. Things are changing all the time,” Dufort said.

The new building is expected to be finished by 2024.

“We’re very fortunate here. So our community decided on those things that are important to them and they supported us in this, which is very exciting,” Barnes said.