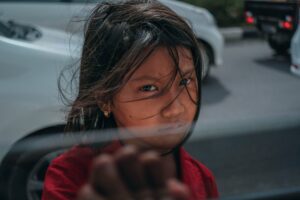 The model minority myth plays a role in today’s violence against Asians.

Its damages have several dimensions.

The myth is that Asians are universally successful.

You can learn about where the myth came from and why it is not true in an online exhibition, Debunking the Model Minority Myth. That is by the University of Southern California Pacific Asia Museum and the university’s Asian Pacific American Student Assembly.

The harms are many, and they reach all of us.

First, the myth hurts Asians with the falsehood that success is automatic for them. A Time magazine article explains how it discredits individual effort. For those who struggle, the myth eats away at their very identity and can shame them. Myths dehumanize.

Of course, the myth hurts the global Asian community and cloaks some of its harsher realities. In the wake of the March, 2021 killings in Atlanta, two professors at Canada’s Carleton University described on The Conversation how the myth “hides racist and sexist violence against Asian women.”

Jiyoung Lee-An and Xiaobei Chen wrote that stereotypes wrapped up in the myth “hide many issues, including anti-Asian racism, poverty, labour abuse and psychological needs. It disappears the realities of working-class Asian women’s lives.”

Learn more by getting the Bias Busters guide, “100 Questions and Answers About East Asian Cultures.” It is available from Amazon or the Front Edge Publishing bookstore.