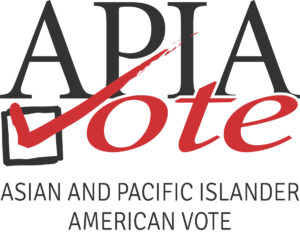 NBC News reports that “In the 13 most contested presidential battleground states, AAPI early and absentee voting rose nearly 300 percent from 2016 — the fastest growth rate among all racial groups — according to the data firm Catalist.”

The effort was led in part by APIAVote, a group founded in 2007 to increase Asian American and Pacific Islanders’ civic engagement.

What made the difference?

In Michigan, work on the Census created an infrastructure to register low-propensity voters, study language needs and recruit bilingual phone-bankers.

In Georgia, groups fact checked misinformation circulated on Asian messaging apps such as WeChat and KakaoTalk,

And, in North Carolina, having Vice President-elect Kamala Harris on the Democratic ticket is credited with bringing out South Asian Americans, who comprise one-quarter of a rapidly growing Asian population

Anti-Asian rhetoric by President Donald Trump and the pandemic are also credited with motivating AAPI voters.

The challenge will be to see whether the increase is sustainable.

This entry was posted in East Asian, Politics. Bookmark the permalink.