That didn’t take long. The month after a new Supreme Court justice was sped onto the bench, the new court began to show its new conservative lean. 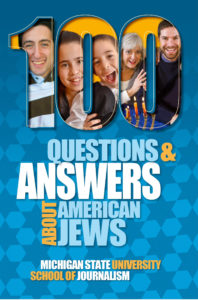 In a decision announced Nov. 25, the night before Thanksgiving, the court ruled that COVID-19 restrictions on religious gatherings violate the First Amendment’s establishment clause. The case involved the Roman Catholic Diocese of Brooklyn and Agudath Israel of America. New York had limited crowds at services in areas hard hit by the he pandemic.

The court split 5-4 with conservative Justice Amy Coney Barrett, who joined the bench in October, in the majority. It was her first public vote as a justice. The court’s three liberal justices and Chief Justice John Roberts dissented.

Earlier in 2020 with the late Justice Ruth Bader Ginsburg, whom Barrett replaced, the court went 5-4 to sustain pandemic-related capacity limits on houses of worship in California and Nevada.

The Associated Press reported that Agudath Israel of America attorney Avo Schick wrote in an email, “This is an historic victory. This landmark decision will ensure that religious practices and religious institutions will be protected from government edicts that do not treat religion with the respect demanded by the Constitution.”

CNN quoted New York Gov. Andrew Cuomo as saying, “The basic point is you know why does the court rule on an issue that is moot unless — and which they had just decided several months before in other cases which presented the same argument — why rule on a case that is moot and come up with a different decision than you did several months ago on the same issue? You have a different court and I think that was the statement that the court was making.”

This entry was posted in American Jews, Christians. Bookmark the permalink.