CNN this week announced it will expand and advance its coverage of race in America.

In a memo to staff on Monday, CNN president Jeff Zucker wrote, “There are structural changes and investments we can and will make to better cover what is happening in our society. We are committed to doing that.”

Also on Monday, CBS laid out a goal to have at least 40% of its writing positions filled by Black, Indigenous or people of color by its 2021-22 broadcast season. It is also setting aside 25% of its development budget for projects with BIPOC creators or producers. 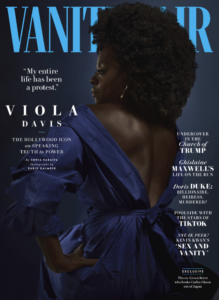 Media companies promise changes in the climate of widespread protests about racial marginalization in the United States.

This month’s Vanity Fair magazine cover of Viola Davis is its first cover shot by a Black photographer. The photographer, Dario Calmese, used the opportunity to echo a historic image called “The Back” that laid bare the brutality of slavery.

In June, the Associated Press, which sets writing styles for news outlets across the country and beyond, succumbed to years of pressure and declared it would capitalize Black and Indigenous when referring to people. News outlets across the country, some of which had been having internal conversations about whether to break with AP style, immediately changed. Several, but not most had already broken with the AP.

With so many changes coming in such a short window, we can expect other changes to ripple through the industry. The test will be to see how well news media meet their promises.

Joe Grimm was recruiting and development editor at the Detroit Free Press for 18 years. Now an instructor in the Journalism School at Michigan State University, he also edits the Bias Busters series, here.