What is Native American tribal sovereignty?

Indian Country Today reported “The decision was hailed as a win for tribal sovereignty but also raised questions about its potential implications.” 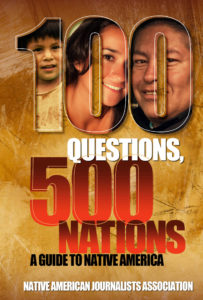 The 5-4 decision, McGirt v. Oklahoma, affirms the Muscogee (Creek) tribe’s reservation status, upholding the argument that Congress never disestablished its reservation. The decision does not affect land ownership, but does affect legal and criminal jurisdiction. The Native American Journalists Association explains in a reporting guide.

The guide has a whole chapter on sovereignty, which is related to this court decision. Here is one question and answer from that chapter:

What is tribal sovereignty?
Just like states, tribes have attributes of sovereignty to govern their own territory and internal affairs as domestic, dependent nations. The status of tribes as self-governing nations is affirmed and upheld by treaties, case law and the U.S. Constitution. Legal scholars explain that tribes
are inherently sovereign, meaning they do not trace their existence to the United States.

“100 Questions, 500 Nations: A Guide to Native America” is available from Amazon or the Front Edge Publishing bookstore.

This entry was posted in Indian Americans, Native Americans. Bookmark the permalink.