What were the Stonewall riots?

This is the short answer, from “100 Questions and Answers About Gender Identity:”

The Stonewall Inn was a LGBTQ+ nightclub in Greenwich Village raided by police on June 28, 1969. Raids at such clubs were not unusual in the 1960s. This raid escalated into rioting, and protests followed. The following June, pride parades were held in memory of Stonewall. In more recent years, some activists have said the role of transgender people at Stonewall has been minimized. 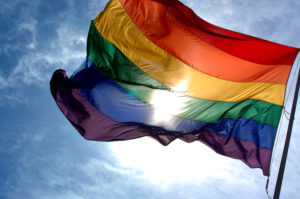 That makes this month the 50th anniversary of the first pride parades. Plus, as the Stonewall riots were a response to police brutality, today’s demonstrations against police brutality are an echo of Stonewall.

The intersectional nature of gay and trans people who are also Black makes this an especially powerful time. Demonstrations at the Stonenwall Inn against police brutality began occurring early this month.