President Donald Trump’s labeling of Covid-19 as a “foreign virus” or “Chinese virus,” is not being seen as a sign of forgetfulness, but as a deliberate ploy to connect disease with people from other places. 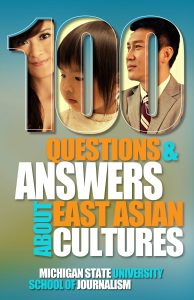 From the Oval Office over the weekend in which he tried to demonstrated control of the situation and in followup tweets, Trump did not refer to the disease by its name, but laid blame for it outside the United States, sowing xenophobia.

CNN interviewed historians who said that the misnaming echoes times when outbreaks were blamed on Jews, Irish Catholics and Chinese people.

Nükhet Varlik, associate professor of history at Rutgers University in Newark, New Jersey, and at the University of South Carolina, told CNN that such statements in previous outbreaks, “shaped the perception of how societies understood disease and responded to it for at least the last 600 years … They are not only dangerous for the present (because it informs policy and response), but also for the future because it leaves a legacy behind.

“We’re all in this together,” she said.

This entry was posted in Asian American, Race. Bookmark the permalink.