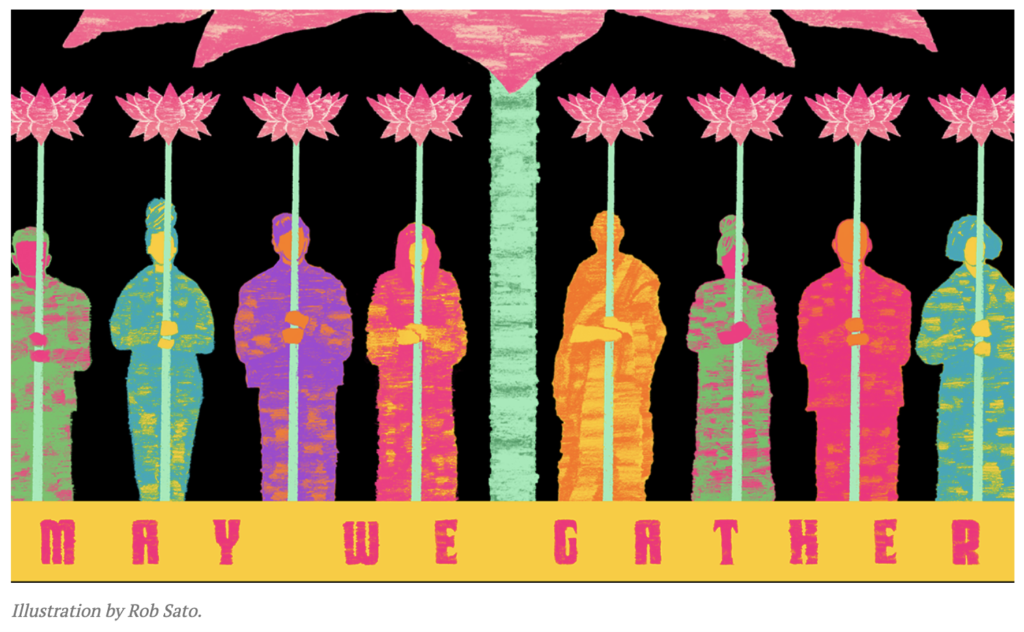 Lion’s Roar reports that May We Gather, a national Buddhist memorial ceremony for Asian American ancestors, will be live streamed at 7 p.m. EDT, 4 p.m. PDT on Tuesday.

The day is seven weeks from the day of the Atlanta shootings which claimed the lives of eight people, six of whom were women of Asian descent, including 63-year-old Buddhist Yong Ae Yue.

The event website reads: “In many Buddhist traditions, forty-nine days after death marks an important transition for the bereaved. As we pray for the liberation of those who have come before us, these ancestors will likewise alleviate our community’s pain, for we are interlinked with each other, across generations, in our collective liberation.”

The ceremony will be live streamed from the Higashi Honganji Buddhist Temple in Los Angeles. In Ferbruary, it was vandalized and set on fire.