Why is Orthodox Christmas late?

Of course, this all depends on your perspective. To some Orthodox Christians, Jan. 7 will be right on time. As for the discrepancy, blame it on the moon and sun — and centuries of human disagreement.

Differences about when Christmas is celebrated grew out of disputes about the calendar that go back almost to the birth of Christ. 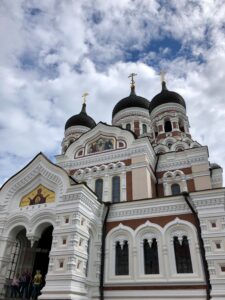 Calendars, which are meant to organize us, can be messy.

One of the first disagreements happened in 325 A.D. when Christian bishops met to standardize a date for Easter, the most important Christian holiday. They agreed on the Julian calendar, which had been adopted even earlier, 46 B.C., as Rome switched from a lunar calendar to a solar calendar. Caesar also brought us months with names like July (Julius) and August (Augustus). But the new calendar had an 11-minute miscalculation in the length of the solar year, which led the calendar to drift away from the Earth’s orbits around the sun.

The drift became such an issue that, in 1582, Pope Gregory XIII called astronomers together and they created — ta-da — the Gregorian calendar.

This solution was not perfect, either. Passover and Easter occasionally overlapped. That was a big problem for Orthodox Christians, who had split from the Catholic Church in 1054 A.D. The Orthodox churches decided to stick with the Julian calendar while other Christians followed the pope’s. This meant two dates for Christmas.

Calendars are frequently tied up in religions and you will find different ones for Jews, Muslims and several Asian religions.

There is less global agreement around calendars than there is around measures for length and volume.

This entry was posted in Religion. Bookmark the permalink.