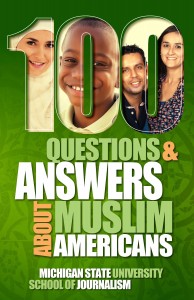 In the 2016 election, the report said, Trump received 13 percent of the Muslim vote.

The organization estimated that more than 1 million Muslims voted.

CAIR Director of Government Affairs Robert S. McCaw said, “Muslims vote and there is no denying the role our community plays in local, state and national politics.”

Learn more. “100 Questions and Answers About Muslim Americans” is available from Amazon or the Front Edge Publishing bookstore.

This entry was posted in Muslims, Politics. Bookmark the permalink.