On June 12, the Donald Trump administration removed protections that prohibit health-care discrimination against transgender patients. Protections were based on a 2016 interpretation of the 2010 Affordable Health Care Act’s prohibition against sex discrimination in federally funded health programs. 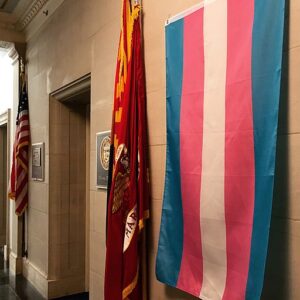 The decision was announced on the fourth anniversary of a mass shooting at a gay nightclub in Orlando that killed 49 people. In a column published by CNN, writer Allison Hope called the announcement’s timing “a poison arrow through the heart.”

Three days later, among a series of announcements, The U.S. Supreme reported its 6-3 vote to uphold a civil rights law that protects gay and lesbian people from employment discrimination.

House Speaker Nancy Pelosi called the decision momentous. She said, “Today, the Supreme Court has unequivocally affirmed that all Americans, regardless of who you are or whom you love, are protected from discrimination in the workplace under federal law,” she said in a release. “This momentous decision is a victory for the LGBTQ community, for our democracy and for our fundamental values of equality and justice for all.”

The majority opinion was written by Trump appointee Neil Gorsuch.