Next month, most of the world’s major religions have festivals involving large gatherings of people. Easter is on 12 April (a week later for Eastern Orthodox churches); Passover begins on 8 April; Rama Navami, an important Hindu festival, is on 2 April; while the Sikh festival of Vaisakhi is a few days later. The Islamic holy month of Ramadan begins around 23 April. 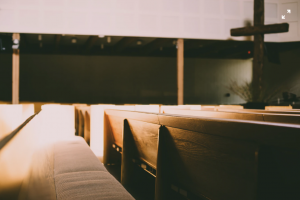 Photo by Gregory Hayes on Unsplash

We are already seeing limitations on weekly services and dispensations from attendance as these faiths try to reduce the crowding that can lead to transmissions. Communion by the cup, handshakes of peace and other practices are being discouraged.

In April, from St. Peter’s Square to Mecca, limits on the hallmark events of major world religions could have restrictions that eclipse what we have seen so far.

The Guardian reportss that adherents of all these religions, as well as Sikhs and Hindus are feeling the could feel Covid-19 intruding on their practices in April.