This colorful holiday, celebrated on April 13 or 14, is recognized by Sikhs and Hindus. It marks the beginning of the Sikh and Hindu new year, which follows a solar calendar. 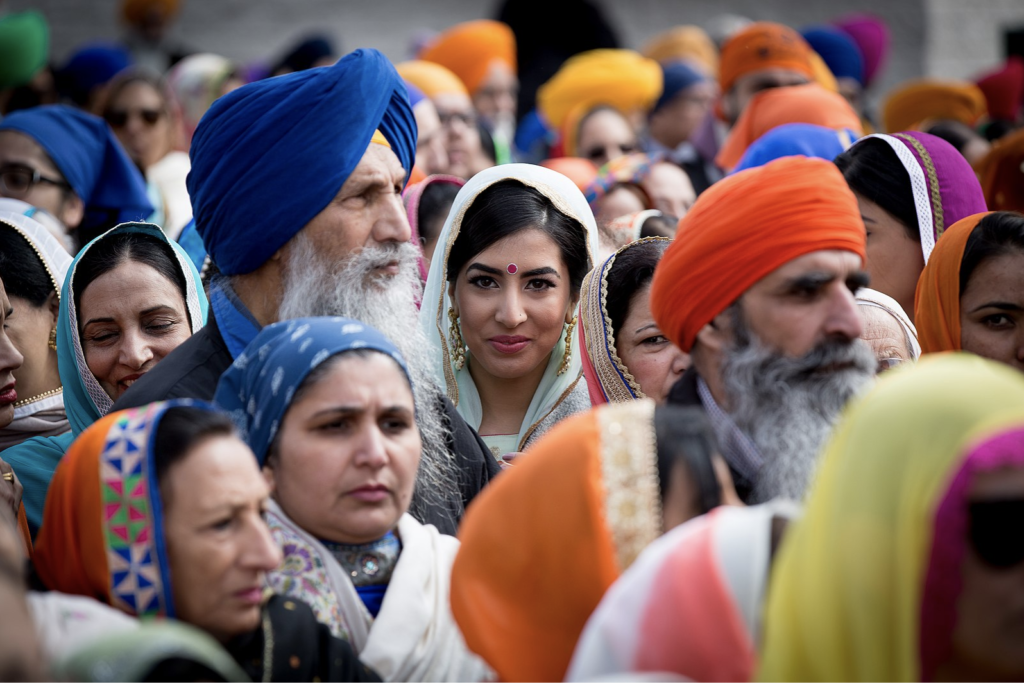 The holiday was chosen in 1699 by Sikh leader Guru Gobind Singh chose to create the Khalsa, the association of initiated Sikhs. The story is dramatic.

Sikhs believe Guru Gobind Singh, bearing a sword, invited Sikhs who were prepared to die for their faith should come into a tent with him. Five entered and the Guru emerged with the bloodied sword. Apprehension turned into exultation as the five emerged uninjured and wearing turbans. The five became known as the Panj Piare, the “Beloved Five” first members of the Khalsa.

The Guru sprinkled them with blessed water, called Amrit, and said prayers. The custom is followed today. That is what makes Vaisakhi more that s spring festival to Sikhs.

Students at Michigan State University are just completing a Bias Busters guide, “100 Questions and Answers About Sikh Americans.” We will announce when it becomes available.

This entry was posted in Sikhs. Bookmark the permalink.