Two months ago today, Merriam-Webster posted an updated and expanded definition of “racism,” a change prompted by a new college graduate.

The addition was proposed by Kennedy Mitchum, 22, a 2020 Drake University major in public relations and law; politics and society. She told the BBC, “I was just speaking on my social media about racism and just about how the things I was experiencing in my own school and my own college. There were a lot of things that were racist but it wasn’t as blatant.” 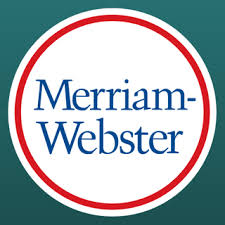 Merriam-Webster to expand definition of racism

Some people on social media told Mitchum she was misunderstanding the meaning of the word and she could stick that in her Merriam-Webster. So, she looked it up. And then, on May 28, she emailed Merriam-Webster. Mitchum wrote that racism is “both prejudice combined with social and institutional power. It is a system of advantage based on skin color.”

The next day, an editor wrote that Merriam-Webster would investigate the definition.

On Sept. 3, the new definition of racism was posted without fanfare.

There was Mitchum’s definition: 2 A: the systemic oppression of a racial group to the social, economic, and political advantage of another

Today, Mitchum is a diversity fellow at the public relations and communications firm FleishmanHillard.

Michigan State University college students had a very similar conversation about the definition of racism as they were creating the guide, “100 Questions and AnswersAbout African Americans.” It became several entries in the guide. One is:

What is systemic racism?
This term describes social values that support personal and institutional discrimination. As a social concept, systemic racism explains how people of color must adapt to a society not built for them, while White people readily fit in.

But Mitchum got the definition changed.

This entry was posted in African Americans, Ethnicity & Race, Race. Bookmark the permalink.