The menu featured items that puzzled Twitter-using Indians, such as “broccoli and corn samosa.” Samosa is a traditional Indian pastry usually filled with fried potatoes. Corn and broccoli are rarely included in the dish. 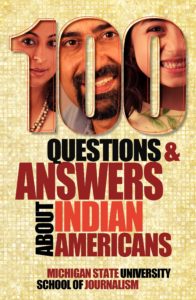 The president is known for his steak-and-potato preferences, but beef is hard to come by in India. The import and export of beef was banned in India in 2017, but was overturned by the Indian Supreme Court.

India is a Hindu-majority country, and beef is almost never eaten there.

The reason is religious. India’s predominantly Hindu population does not eat beef, cows are revered animals. Are they gods? No. As “100 Questions and Answers About Indian Americans explains,”Hindus respect and honor the cow because all living things are sacred, but they do not worship cows in the sense that they worship God. Symbolically, the cow is a generous sustainer of life that provides milk and helps plough crops, but the animal takes nothing other than what is necessary for its own sustenance. It is respected for this.”

Many Hindus also opt to be vegetarian as well due to the belief that one should minimize harm in life. This anti-meat sentiment in India resulted in an all-vegetarian menu for Trump’s visit — something that clashed with his habits.

“100 Questions and Answers About Indian Americans” is available from Amazon or the Front Edge Publishing bookstore.

This entry was posted in Indian Americans. Bookmark the permalink.