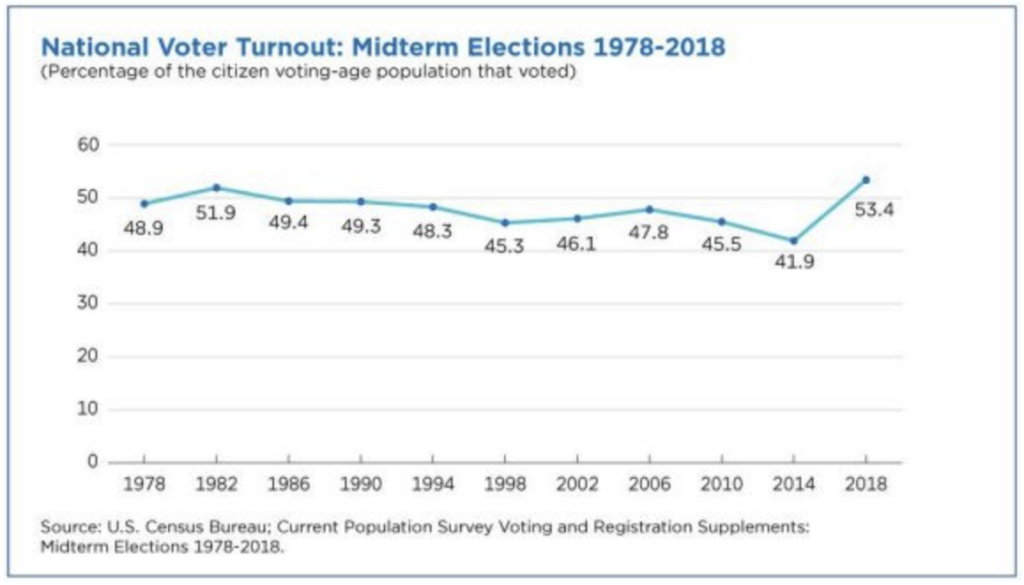 High turnout in the mid-term election’s “Blue Wave” that flipped the U.S. House was driven in part by young and Hispanic voters, according to the Census Bureau. 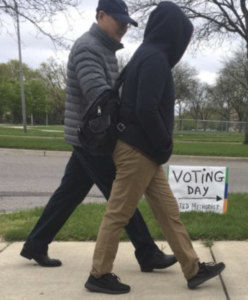 Voters walk to the polls in East Lansing, Michigan. Photo by Joe Grimm

The 2018 turnout of 53.4 percent of eligible voters was called the highest in four decades.

On April 23, the Census Bureau reported turnout of 18- to 29-year-olds—the Millennials and post-Millennials—was up from 20 percent in 2014 to 36 percent.

Youth also drove turnout among women overall, who continued to vote more than men. However, in the over-65 group, the gender gap was reversed, with more men voting.

The largest increases by race from 2014 were among Hispanics and non-Hispanic Asians. Both groups saw turnout of eligible voters rise by about 13 percentage points. Those were 50-percent increases. Given the larger population of Hispanic and Latino people the turnout there meant more votes.

The Census Bureau also noted the popularity of new forms of voting, such as no-excuse absentee voting, especially in Utah, Texas and Georgia.

This entry was posted in Asian American, Generations, Hispanics and Latinos. Bookmark the permalink.