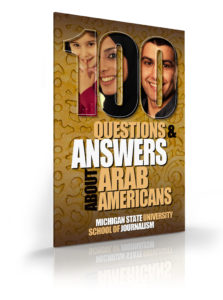 It looks as though the 2020 Census will go to press without the box Arab Americans have been asking for.

According to NBC, the issue is that, while the Census Bureau classifies Arabs as White, many do not feel they are treated that way and do not have another box to check. The federal government uses the every-10-years count to assign Congressional representation and to allocate money. Others use the precision and authority of the Census count to definitively say how many people there are in different classifications.

Arab American is not a racial classification, but an ethnic or cultural one, such as Hispanic/Latino.

One answer in the Bias Busters guide 100 Questions and Answers About Arab Americans is, “There has been increasing pressure from Arab Americans on the Census Bureau to ask this question. While the census does not specifically classify Arab Americans, it asks an ancestry question on its long form and collects enough data to present some population characteristics. Some of that information is on the U.S. Census Bureau’s Web site at www.census.gov, and is reflected in this guide.”

This entry was posted in Arab Americans, Muslims, Race. Bookmark the permalink.