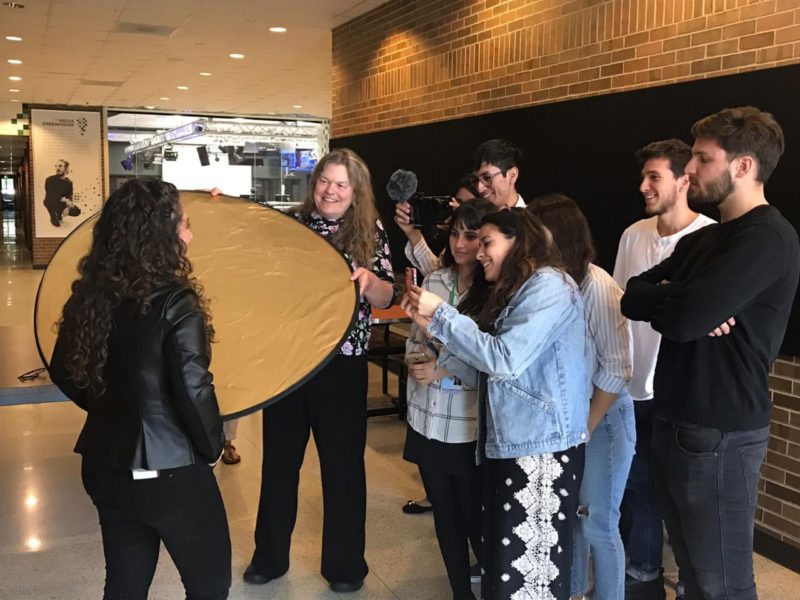 In 1994, photojournalist Judy Walgren won the Pulitzer Prize for her work documenting female genital mutilation in Africa. Since then, Judy has completed a number of projects depicting war zones, famines, draughts and all kinds of human crisis around the globe. Today we had the opportunity to get to know Judy and ask her about her best tips to create visual impact and convey the drama behind these realities, through a photo. https://www.youtube.com/watch?v=QBvOn95XzII&feature=youtu.be

Use your grid: Judy recommends using the grid on your screen or viewfinder while working on the composition of a photo. The idea is to position your main elements on either one of the junctions on the grid. 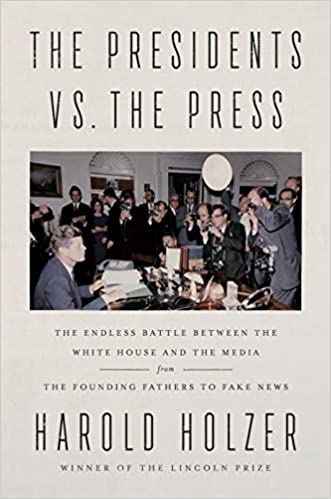 Commentary: Michigan’s Gerald Ford among presidents who misled the press

College students in Walled Lake react to another semester online

Red flags are up as campaign cash flows

LANSING — From our earliest days of independence to the present, it’s been tough to balance constitutional rights and other fundamental American values:

The Alien and Sedition Acts under John Adams, Abraham Lincoln’s suspension of habeas corpus during the Civil War, internment of Japanese-Americans during World War II, the Red Scare of the Joseph McCarthy era and the suppression of civil rights and the rights to speak and publish freely, to worship, to wed, to protest, to privacy. We’re now witnessing one such debate on public and private college campuses, according to a new national study examining student attitudes toward diversity and inclusivity on one side balanced against free speech on the other. “College students are divided over whether it’s more important to promote an inclusive society that welcomes diverse groups or to protect free speech, even if those protections come at the expense of inclusivity,” said the report, “Free Expression on College Campuses.”

Meanwhile in Lansing, some GOP lawmakers are pushing legislation they assert would strengthen students’ First Amendment rights at public universities and community colleges. College Pulse, an online survey and analytics firm, did the study commissioned by the Knight Foundation and based on interviews with 4,407 full-time students in four-year degree programs. They included about 100 students from Central Michigan University, Eastern Michigan University and the University of Michigan. However, there were too few Michigan participants to “break out and draw conclusive insights into what Michigan students think,” according to Jake Gaba, College Pulse’s vice president of marketing.

Commentary: Outrageous $1,000 bill reflects ‘feardom’ of information at the Capitol

LANSING – Michigan once pioneered in enacting freedom of information and open meetings – transparency – laws. The rationale was that information held by our government at the local and state levels belongs to the people, and that public agencies have a duty to provide that information as quickly and inexpensively as possible. The Michigan Municipal League has described the “basic intent” of the Open Meetings Act as strengthening “the right of all Michigan citizens to know what goes on in government by requiring public bodies to conduct nearly all business in public meetings.”

Since those bold steps in 1976, our state has moved gradually – and sadly – from a freedom of information philosophy to a “feardom of information” philosophy. The Legislature has widened exemptions and the courts have largely upheld the many ways that public bodies rely on exemptions to avoid disclosure. I recently sent an FOI request to a state agency seeking documents about a preliminary project proposal.

Bad things happen when news is manipulated for political reasons

LANSING — Fake news! We read it, wittingly or unwittingly. We hear it and watch it– and sometimes talk about it and post it and pass it on. We think we know what fake news means, but we should be worried about two types – “real” fake news and “fake” fake news. Let’s start with real fake news.

LANSING — Isle Royale is one of the most remote U.S. national parks, stretching across one large island, its namesake, and more than 400 smaller ones in northwest Lake Superior. The park’s main draws are wilderness and wildlife, including beaver, otters, moose, martens and – for the moment – a very few wolves. This fall the National Park Service released four wolves captured from the mainland on Isle Royale. Once there were 50 wolves on the island, but inbreeding, climate change and disease all but wiped them out in the past decade. Meanwhile, moose – the wolves’ chief prey – are eating island greenery down to the nub, adversely affecting many other species.

Commentary: The long and the short of it

When U.S. Rep. John Conyers resigned amid scandal last December, he’d served almost 53 years. The winner of this November’s election to fill the rest of his term will serve one of the shortest tenures in history through Dec. 31. Meanwhile, residents of the predominantly African-American and Democratic Detroit district will have lacked U.S. House representation for 11 months. In contrast, Gov. Snyder left a Republican-leaning suburban district without a representative for only four months.

Last week, President Donald Trump came through on one of his campaign promises, to end the great, great “War on Christmas,” which is the latest example of fusing Church and State, which I believe is morally unacceptable. Since my first name is Christian, MSU’s School of Journalism gave me the forum to speak on the intersection of Christianity and politics. Not really, but I wanted to point that out. To be serious, a person’s religious and political identities, does not change the way I perceive them. You could hail Satan while marrying Hillary Clinton’s photo — but as long as you are a good and accepting person who does not hurt anyone and has an expansive, open mind — I could care less about your beliefs.