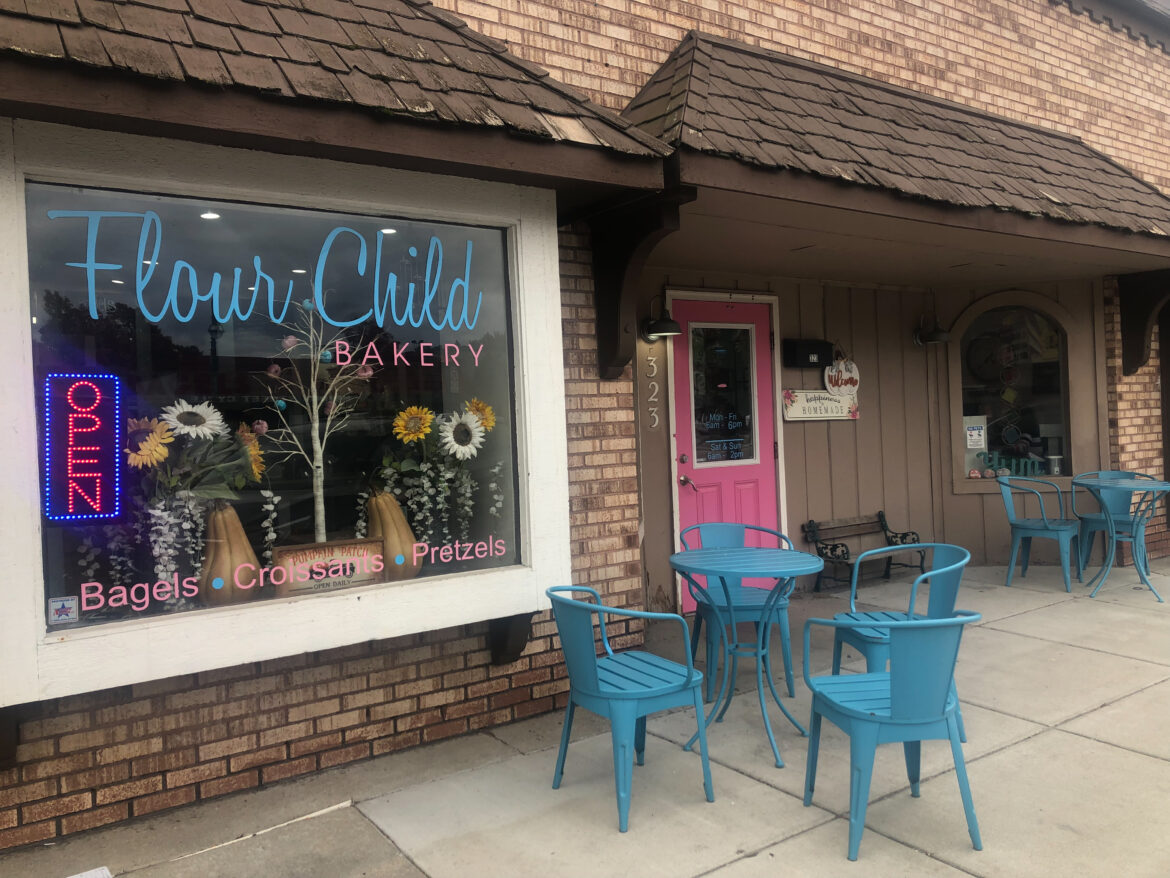 Flour Child Bakery in Grand Ledge, not only serves the community, but raises funds to help support causes as well.

Beth Augustine, owner of the bakery, started out at the farmer’s market in 2010 and then opened Flour Child Bakery in 2016.

Considered a staple in Grand Ledge, the bakery continually serves the immediate community as well as communities beyond with its wide array of baked goods.

“Giving back just means remembering where you came from and how you started. I really like to stay community relevant,” Augustine said.

As the war in Ukraine raged on, Augustine raised funds for Ukrainian children by selling baked goods. She amassed over a thousand dollars.

This was a special fundraiser for Augustine because her family is from Ukraine. Her great-great-grandparents on her mother’s side moved from Odessa, Ukraine to South Dakota and in the late 1800’s,  her great grandfather on her father’s side came to Grand Ledge.

“I’m very proud of the fact that we do everything from scratch, freshly-made daily,” Augustine said.

“So just helping others and being an example of how as a small business and individual can help people around you and strengthen your community and community ties,” Augustine said.

During the pandemic, Flour Child organized different fundraisers. They gave away “free” bagels, but asked for a $10 donation and all of the money raised went to the Greater Lansing Food Bank. They raised a few thousand dollars.

“We love Flower Child Bakery around here. They do a lot of things like [doing fundraisers]. We’re so thrilled that they have the luxury of doing that,” Stephenie Lapp, manager of Ledge Craft Lane store, said.

Augustine said she does a lot to support the community. Besides fundraising, she takes on teaching opportunities when she can. She has elementary and middle school classes from the nearby public schools come in to learn about the bakery and see firsthand the work they do.

“[Flour Child Bakery] is probably the most influential and busiest business downtown. They have the customer base to do fundraisers,” Chris Feher, manager of the Grand Ledge Book Exchange store, said.

Feher said that he would love the Grand Ledge Book Exchange store to be able to do fundraisers like Flour Child bakery does.

Feher said it is on a much smaller scale compared to Flour Child Bakery and their fundraisers.

“They’re a staple in this town. I think devastation would hit if Flower Child ever decided to move somewhere else or close anything,” Lapp said.