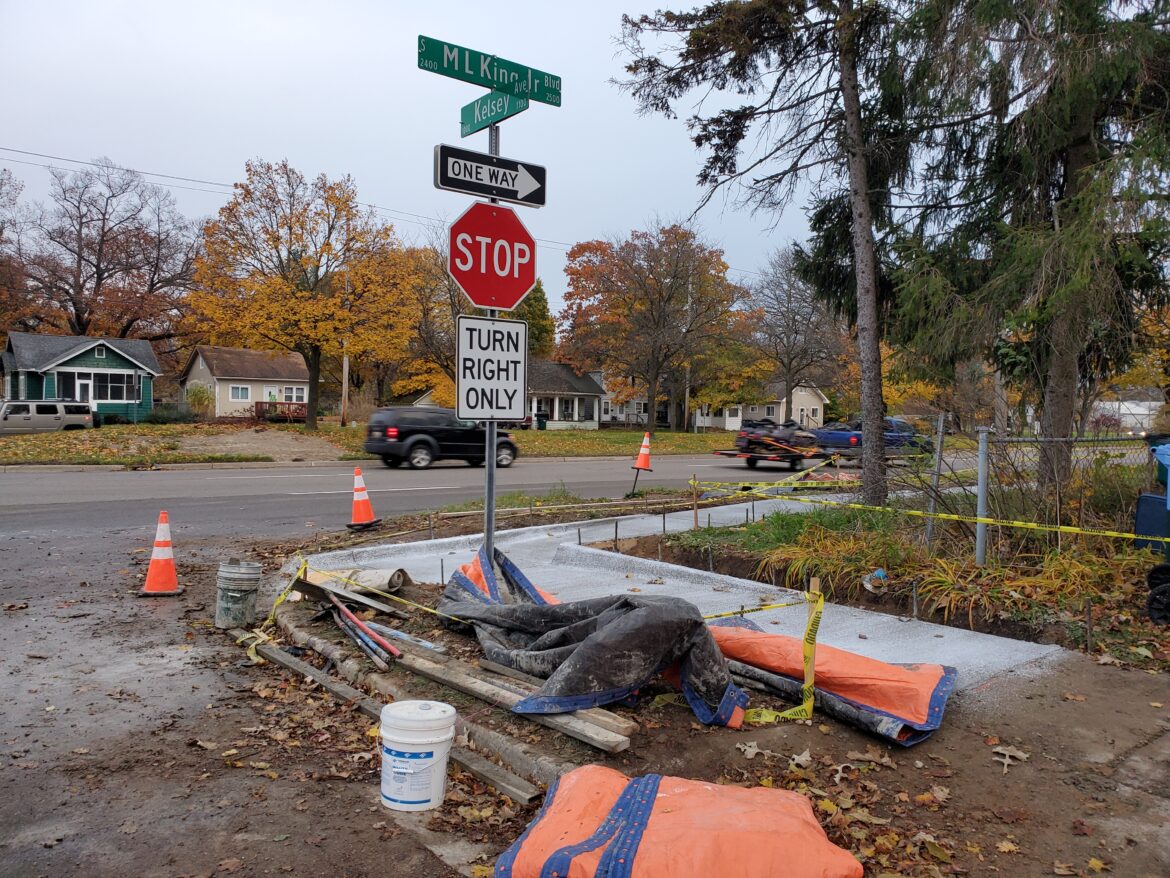 The sidewalk at the intersection of Kelsey Avenue and South Martin Luther King Jr. Boulevard in Lansing was recently rebuilt. City officials say they’re working to improve safety for drivers, pedestrians and bicyclists in south Lansing.

That work includes increased traffic enforcement by police and potential infrastructure improvements to make some of the area’s major traffic corridors safer.

Over the next year, the Lansing Police Department will spend about $13,000 from a state Office of Highway Safety Planning grant program to fund overtime hours for officers to enforce traffic safety laws designed to protect pedestrians and bicyclists. From 2015 to 2019, there were 55 pedestrian fatalities and 23 bicyclist fatalities in Lansing, according to a city council resolution Oct. 25 accepting the grant.

The city is working to quickly fill 20 vacancies in the police department, but until then the grant money will be used exclusively for 200 hours in overtime, Lansing City Council member Adam Hussain said.

“We need to ensure we have the necessary volume of police officers to respond to calls, to enforce traffic laws and to investigate,” Hussain said.

Lane diets can reduce the number of traffic lanes for pedestrians to cross, slowing traffic and reducing accidents. Medians add a separation between traffic going in opposing directions and can give pedestrians a refuge when crossing the street.

Hussain said he is working on adding medians and reducing the number of traffic lanes on  South MLK Boulevard to improve safety for motorized and non-motorized users.

Editor’s note: This story was edited from its original version to remove a source whose comments were not directly related to the grant program for pedestrian safety.

Myesha Johnson was born and raised in Detroit, Michigan. Her studies are focused in broadcast journalism but she has made people aware of solutions to environmental and social issues through print and radio as well. Some news outlets that feature her work are the State News, the Blak Lotus media company, Focal Point, and WKAR-FM.