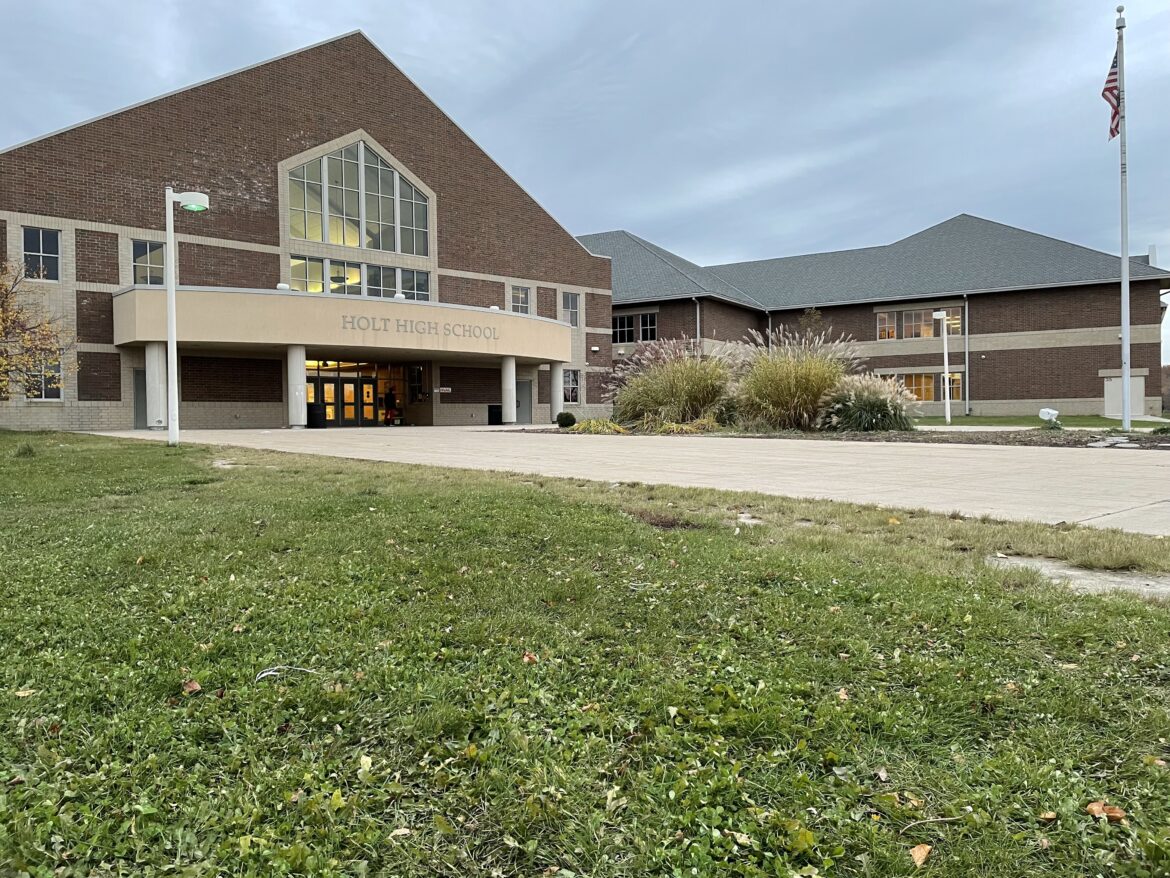 Holt Public School officials had to deal with a series of threats made during the week of Oct. 25.

Holt Public Schools had a number of threatening events during the final week of October.

A 15-year-old student, who had brought a gun to the school concealed in a backpack, was arrested Oct. 26.

Two days later, on Oct. 28, the school district faced two lockdowns. The first happened around 10:30 a.m. when Superintendent David Hornak announced in a Facebook post that Holt Junior High School would be entering a perimeter lockdown, meaning no one could get in or out of the building. The district had received a tip about threatening messages online.

Later in the day, administrators said they found out the threats targeted a school in Jupiter, Florida. Before the day was over, however, Hornak announced in another Facebook post the school district was placing Holt High School on continuous instruction lockdown after another concern surfaced.

The lockdown was initiated because of a “non-descript threat” that was written on a bathroom wall at the high school’s main campus.

On Nov. 3, a week after the threats, students held a protest outside the school. Many of the organizers said they wanted the administration to communicate better with students and parents.

During the two-and-a-half-hour meeting on Nov. 8, school board members addressed the lockdowns and student protest.

In his superintendent’s report, Hornak said each threat was investigated by administrators — with some investigated in a joint partnership with the Ingham County Sheriff’s Office.

The day after the threats, Hornak said he went to as many schools as he could to listen to students.

“While visiting our schools, our students were very thoughtful, polite and kind, and they had very good ideas,” Hornak said.

Hornak said that they have received over 300 threat-prevention tips through submissions toa form about the way the school handled Oct. 28.

Some of the people who attended the school board meeting expressed frustration with how the school officials handled the issues that led to the series of events.

Ty Schalter is a parent of three students in the school district and is a Holt Equity and Access Team member. He said the actions of the students and parents on Oct. 28 were natural reactions to the confusion of the day.

“When hundreds of kids are texting home, ‘There’s cops all over the building. I have no idea what’s going on and they’re not telling us anything,’ that child is not wrong for being afraid,” Schalter said. “When parents connect with each other to try to figure out what is going on over a period of hours, with no communication from the district, those parents are not wrong for trying to see if their kids are safe.”

School board student representative Paige Thompkins said classmates were fearful of what would happen if they did come to school.

Thompkins also said the lack of communication with what was happening was “terrifying.” Thompkins travels between campuses during the school day, and when students came back to the main high school campus they were not allowed into the building.

“I come back and our building is on lockdown and I can’t come in and I don’t know what’s going on and there’s no information to go off of,” Thompkins said.

Thompkins said the protest was a great first step to ensure that student voices are heard.