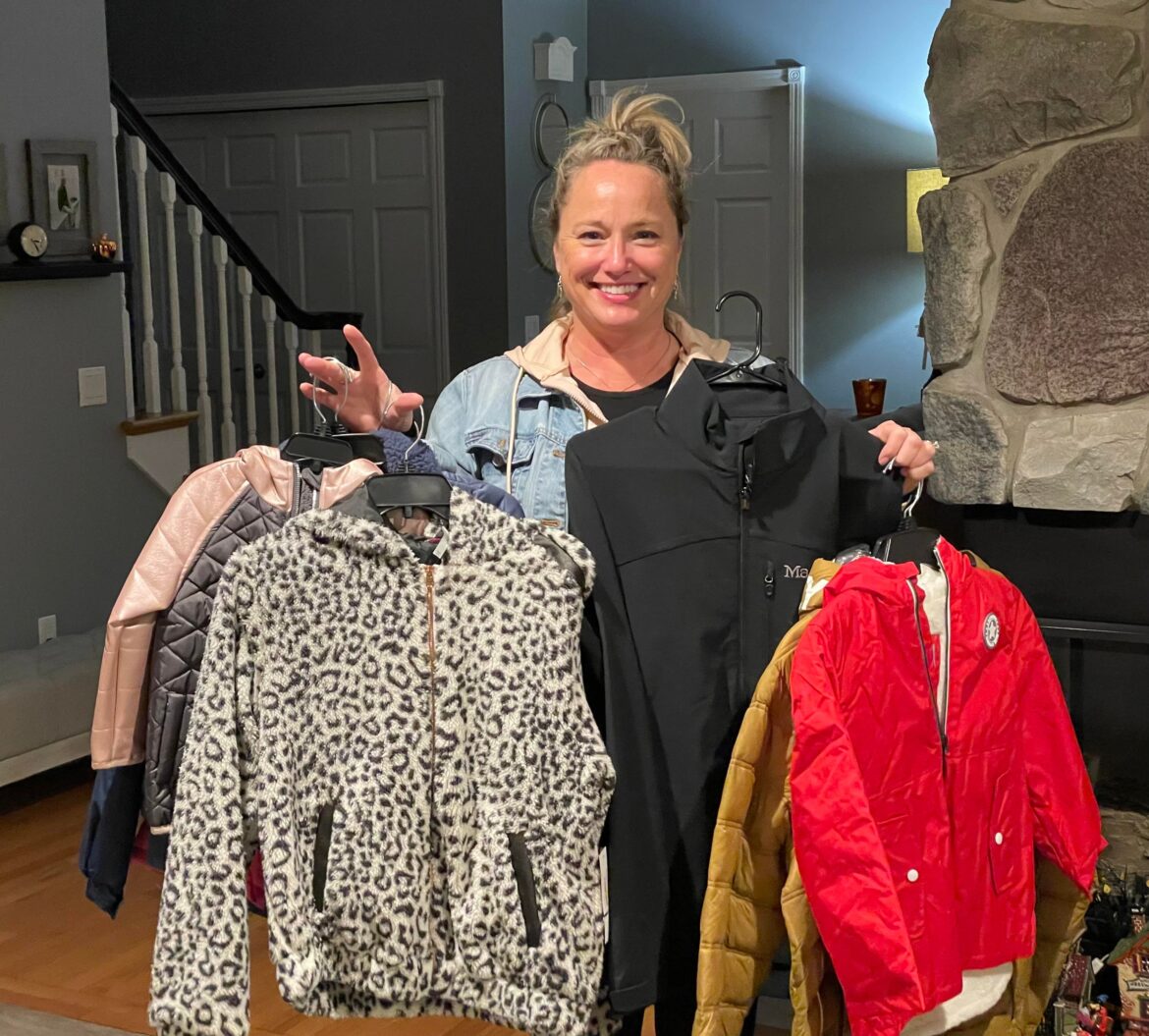 Julie Knop displays what coats she has left to give away. Her friend Pat Mort said that it was shocking that brand name coats are the last to be picked — a sign she said shows people only take what they need.

Julie Knop and her friend, Pat Mort, went shopping last year with the goal of buying as many sale coats as possible.

Now, with colder temperatures setting in, Knop and Mort are ready to start distributing what they collected for those in need in the Holt area. Together they were able to buy about 30 coats, ranging from infant to plus-sizes.

“It’s something that started long ago when I lived in downtown Seattle,” Knop said. “I noticed a bunch of homeless people on my way to work every day, and it kind of just tugged at my heart strings. I started bringing an extra breakfast or an extra scarf with me to work and would hand them out if I saw the need.”

Knop said she has tried to continue giving since she moved to Michigan.

“About four or five years ago, I started asking people for donations of scarves and mittens,” Knop said. “I kept them in my car and did a kind of street ministry where I would look for people who looked cold. I would also leave them in parks.”

Last winter, Knop cleaned out her closet during a period of pandemic lockdown boredom. She said she found many items that had never been used, so she posted photos of them on the Holt Community Facebook page, offering them to families that didn’t have Christmas presents to put under their tree.

Every item was given away. Knop and Mort said the number of community members in need was unexpected, which led them to continue giving this year.

“Most of the coats were gone in one weekend,” Mort said. “I don’t think that people realize what the need is. There are seemingly places where people can go. This just shows you that either people don’t know about it or they don’t meet the criteria for different things.”

Mort said she wonders if there’s a stigma attached to seeking help through an organization, opposed to asking individual community members.

“I don’t know if we’re just missing a part of the population or what,” Mort said. “But there’s something where people are not getting their needs fulfilled.”

Mort said that the two friends are going to do what they can to make sure that more people can be served in the coming years.

In the meantime, Knop and Mort are open to accepting donations for coats, especially boys sizes 8-10. Anyone who wants to donate a coat should message Knop on Facebook.

Miranda is a Lansing area native. She is studying both journalism and political science prelaw at Michigan State University. Her focus is on writing, reporting, and editing. In addition to Spartan Newsroom, her work can be found in HerCampus Magazine.