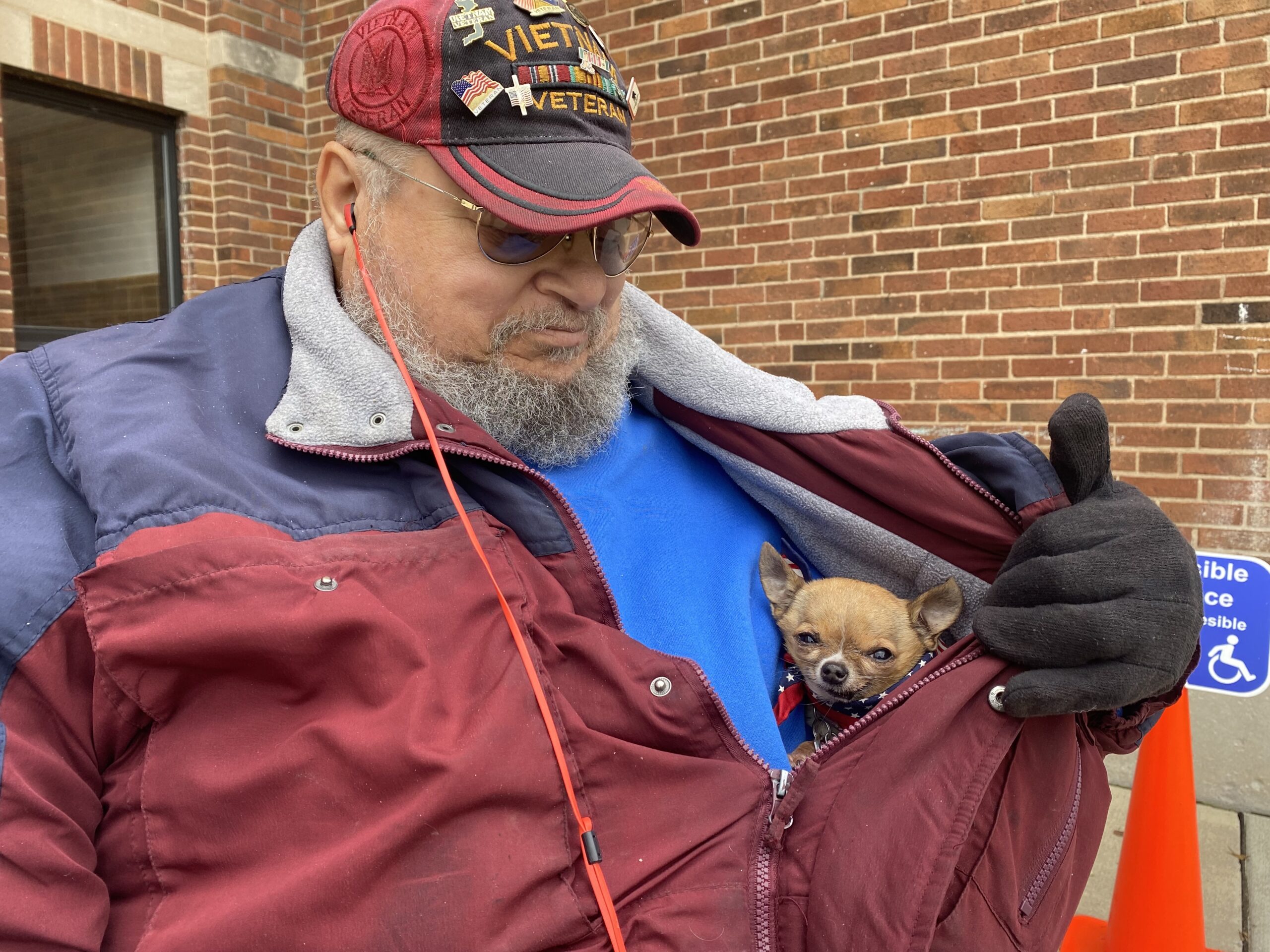 Edgar Russel came to vote Tuesday at Foster Community Center in Lansing with his 18-year-old dog. Russel said he wanted to vote in person to make sure his vote was counted. 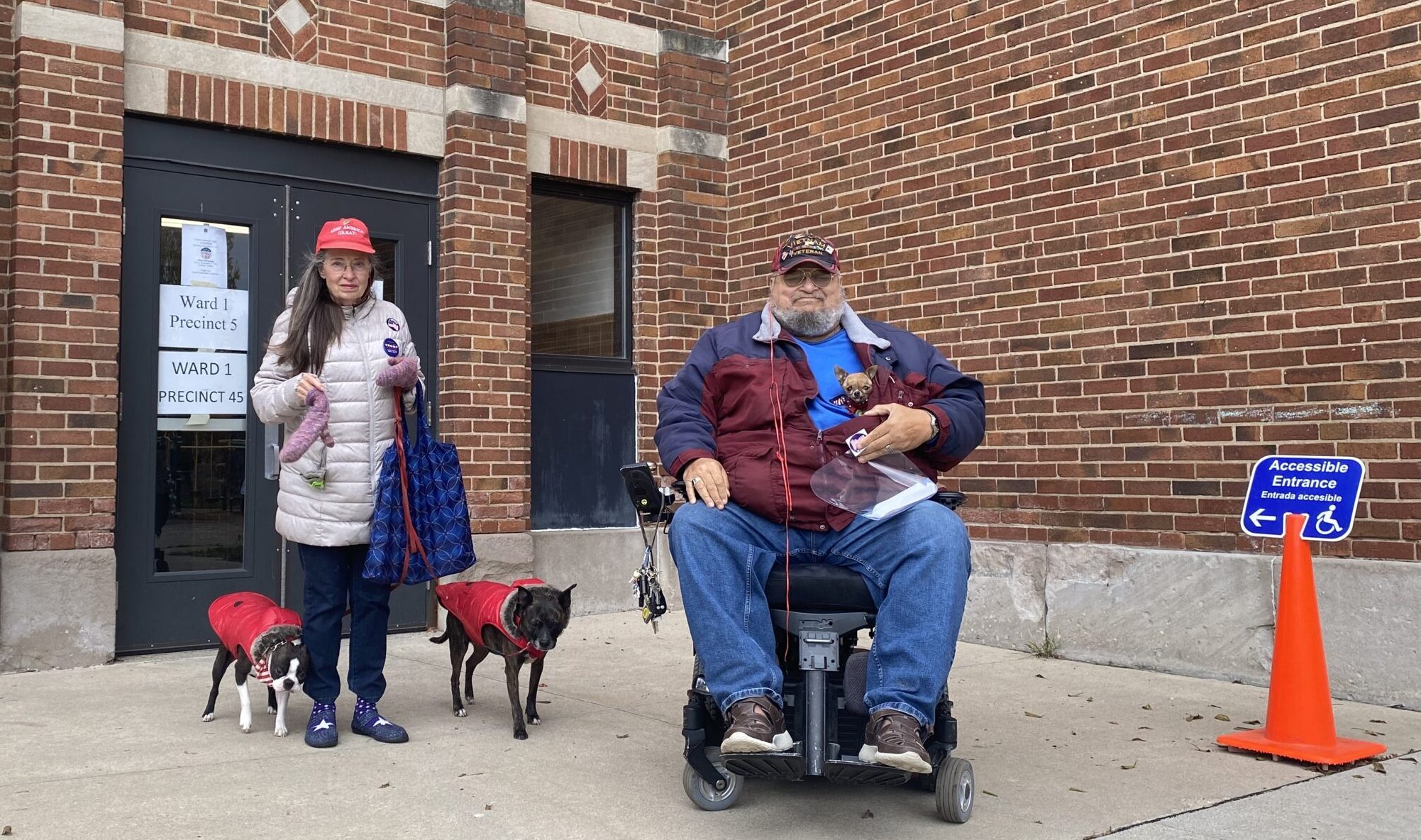 Edgar and Sophia Russel chose to vote in person Tuesday at Foster Community Center in Lansing. They brought their three dogs along with them. 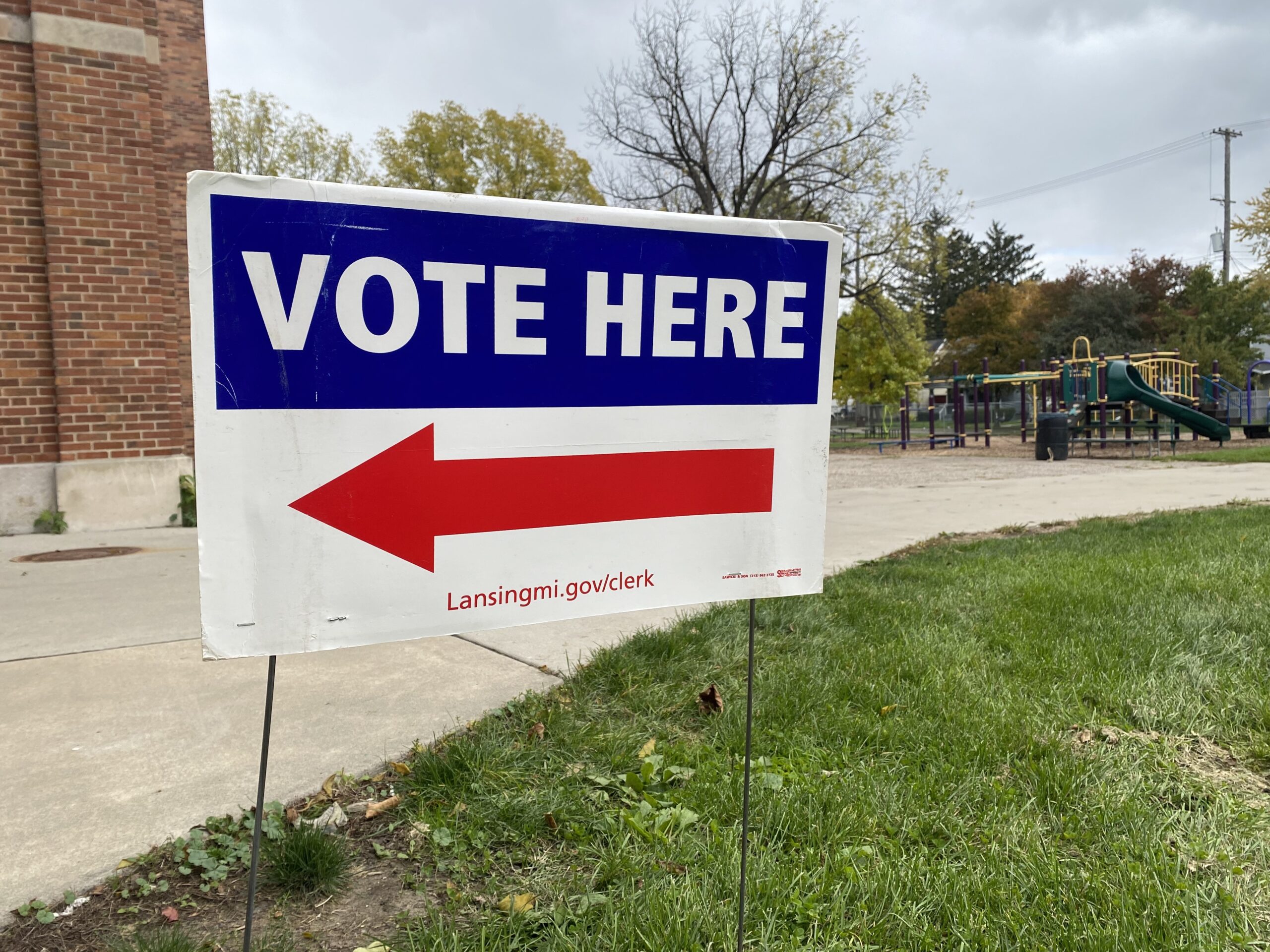 A sign points voters toward Foster Community Center on Tuesday. Lansing voters cast their ballots for mayor and four members of City Council.

Edgar and Sophia Russel came to Foster Community Center on Lansing’s east side to vote Tuesday with their three dogs.

“We want to make sure the voting is done correctly and safely so we vote in person,” Sophia Russel said.

Her husband, Edgar, added: “We just wanted to make sure it got here.”

Across Lansing, voters stopped at community centers, schools, churches and government offices to cast their ballot in municipal elections.

Swope said the city is hoping to get over 20% voter turnout with absentee and in-person ballots. The clerk’s office sent an absentee voter application to every registered voter, but many people who chose to vote in person.

Ron Adams, 59, said he chose to vote in person because it’s tradition.

“For the last 100 years, our voices have been heard by we the people,” Adams said. “And if we truly are we the people then we should be out more often voting, not just mail-in ballots.”

Adams said he thinks any glitches in the election system have been taken care of and he trusts mail-in voting, but didn’t see a reason to change how he votes.

“If you’re afraid of COVID, then wear a mask,” he said. “If you’ve been vaccinated, that’s cool, wear your mask.”

Ryan Cole, 27, forgot to turn his absentee ballot in so he came to vote at Foster Community Center.

“I live close, so I chose to come in person,” Cole said.

Mark Olson, 61, said he’s voted absentee for the last year and a half. Voters must return an absentee ballot application to the city clerk’s office before they’re issued the ballot.

“I’m voting in person this year because I wasn’t organized enough to get the absentee ballot,” Olson said.