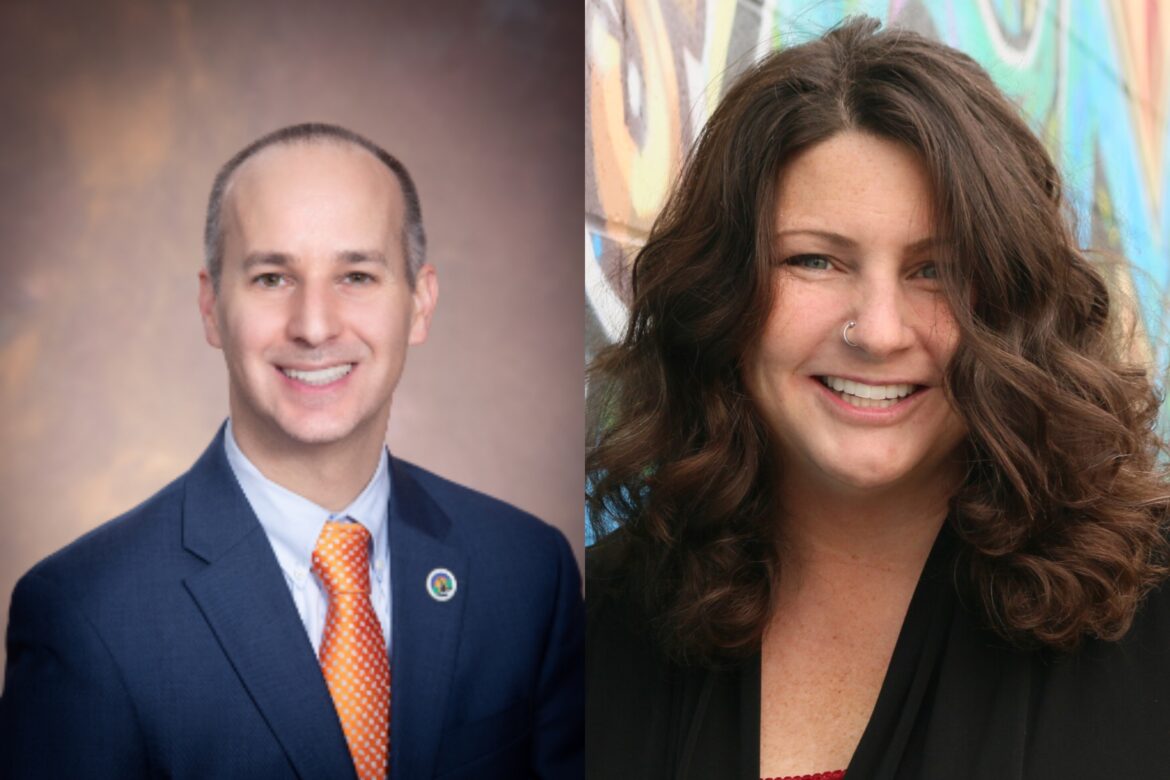 Photos courtesy of city of Lansing and Kathie Dunbar

Schor, the current mayor, has been involved in Lansing politics for over a decade. He served as Ingham County commissioner for 10 years, followed by five years in the Michigan House. He was elected mayor in 2017.

Dunbar is a 16-year City Council member, and serves as executive director of the South Lansing Community Development Association. She also has been involved in volunteering efforts throughout the city.

Spartan Newsroom talked to six residents, three who support each candidate, about what is motivating their vote.

Schor has said he will continue to support the police, adding new officers and operational changes to improve the Lansing Police Department.

“We value the police, we value our public safety,” Schor said in a Sept. 29 debate with Dunbar. “I’m proud of that. I’m proud of the officers we’ve been able to bring on.”

Schor said in the same debate he will continue to invest in other programs to prevent crime.

South Lansing resident Victoria Leighton, a Schor supporter, said the mayor’s position on the police is a key selling point for her.

“I think that Andy really does a good job of saying we support our police, but we understand that there’s a need for growth,” Leighton said. “I think that that’s really important to me.”

Schor supporter Jo Morley said Dunbar’s performance at the debate turned her off from the candidate.

South Lansing resident James Riedje said Schor’s experience is a major factor in his support of the mayor.

“I think he has good experience, and he has a good mindset for what are important directions,” Riedje said. “We’ve known him in this community for a long period of time. So it’s not just this year, it’s what he’s stood for over a number of years.”

According to Dunbar’s campaign website, her main issues include gun violence, affordable housing and integrating new technology into city services.

Dunbar said she does not plan to increase the police budget, instead reallocating resources to other services. Supporter Beth Rasmussen said she supports police reform and prefers Dunbar’s approach.

“I think that the attitude of reallocating resources in a more productive manner is a really good strategy,” Rasmussen said.

Dunbar supporter AnnMarie Hodges said she has been disappointed with how Schor has addressed issues of racial inequities, and she hopes Dunbar can make a change.

“I’ve heard Andy Schor talk about race relations in this city— he has sounded defensive,” Hodges said. “He just doesn’t get it. He thinks you can kind of pander to people and say the right thing, and then move on to what you really care about— which doesn’t seem to be people of color in this community.”

“She’s got more of the backbone,” Fuller said. “It’s not enough just to be smart and nice.”

Drew Goretzka is a native of Portage, Michigan, and came to Michigan State University in 2019. His journalistic interests include international correspondence and investigative journalism. His reporting has appeared in The State News and Study Breaks Magazine.