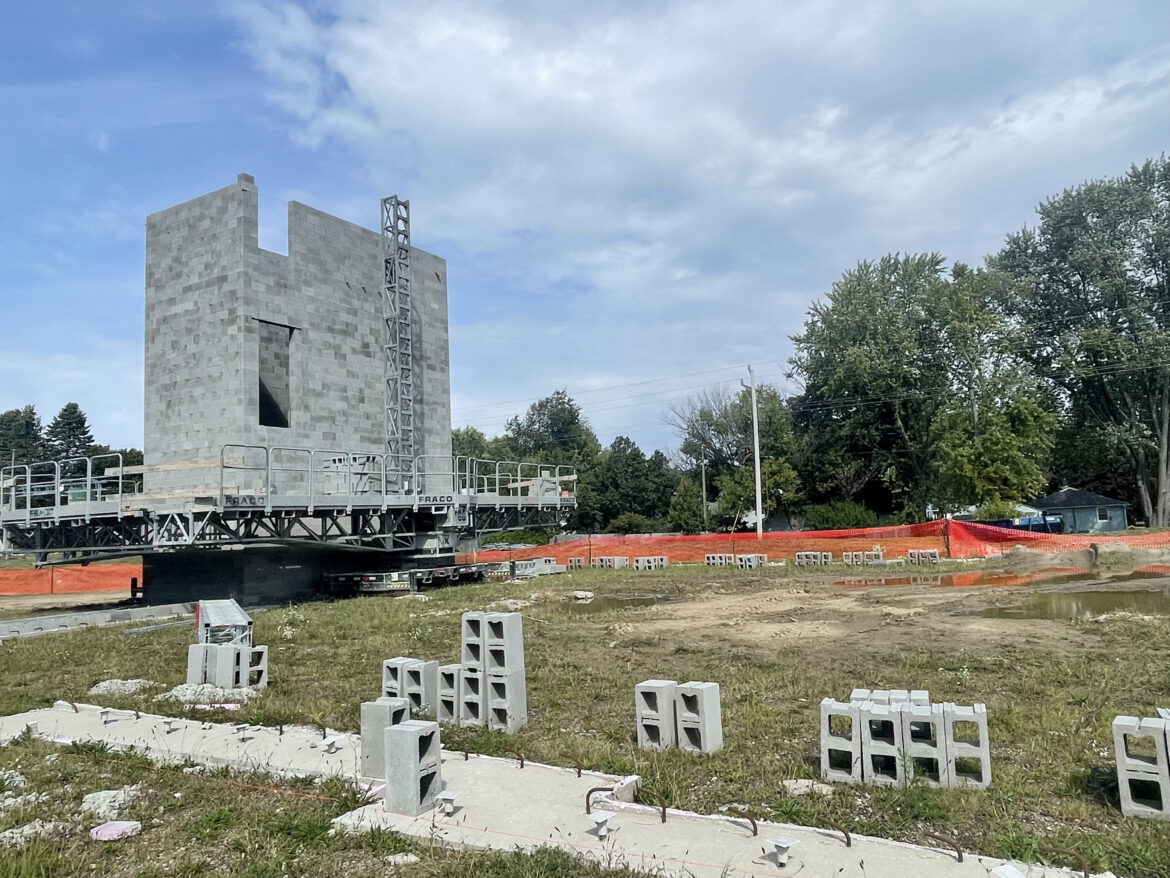 Concrete work has resumed on on the first building of its Esker Square project in Holt. The first floor will include apartments that have dedicated space for small businesses to operate.

Construction of Esker Square in Holt has resumed after a year and a half.

The project, at the corner of North Cedar Street and Veterans Drive, started construction in 2017 and was initially planned to be completed by spring 2019. It was supposed to consist of two apartment buildings with ground-floor retail and office space, but developer Gillespie Co. says market conditions have changed due to the pandemic, and so the project has changed too.

“In working with the township, we recognized the changing environment and the change in the overall marketplace,” said Scott Gillespie, owner of the Gillespie Co. “We were able to pivot the development. We changed the first floor to what we’re calling ‘live-work apartments.’”

These first-floor apartments will have an exterior entrance to a space that can be used as a storefront or an office. The second and third floors will have strictly residential, single-bedroom apartments. The first building is expected to be completed in summer 2022.

“Our hope is that we find people with small businesses, maybe startups,” Gillespie said. “It could be a photographer, tax preparer or an artist that could have an apartment and still have a workplace and a storefront to meet people.”

Despite construction resuming, the development is still experiencing some delays. The construction of Esker Square’s second building is still on pause. Gillespie said it will resume “based on market conditions” and he hopes to begin construction in the summer.

Holt resident Nancy Romig said she’s concerned about this timeline and whether the first building will materialize and provide the funds to build a second building.

Romig said Delhi Township should be more focused on projects that build a long-term resident population.

“We are basically a thoroughfare for people going south from Lansing, and we don’t have a downtown,” she said. “I love the Holt area and I love the community that we have built. I think it is important that we get residents here that are going to be long-term Holt residents. Apartments tend to provide more transient populations.”

“I think in today’s society, transient is a word that doesn’t fit what we’re talking about,” Haas said. “Many more people prefer to start their lives renting, not owning, and not having such a permanent base.”

Gillespie said he’s confident in what this new development will add to the Holt community.

“There’s always concerns with change,” he said. “To bring another quality place to live is really positive for any community.”

Gillespie also said that he went through a lengthy process with the township to change the plans of this development to something that more people can be happy with. He believes that everybody has had a chance to raise their concerns.

“I intend to continue construction to a point where we’re a successful development that everyone can be proud of,” he said.

Miranda is a Lansing area native. She is studying both journalism and political science prelaw at Michigan State University. Her focus is on writing, reporting, and editing. In addition to Spartan Newsroom, her work can be found in HerCampus Magazine.