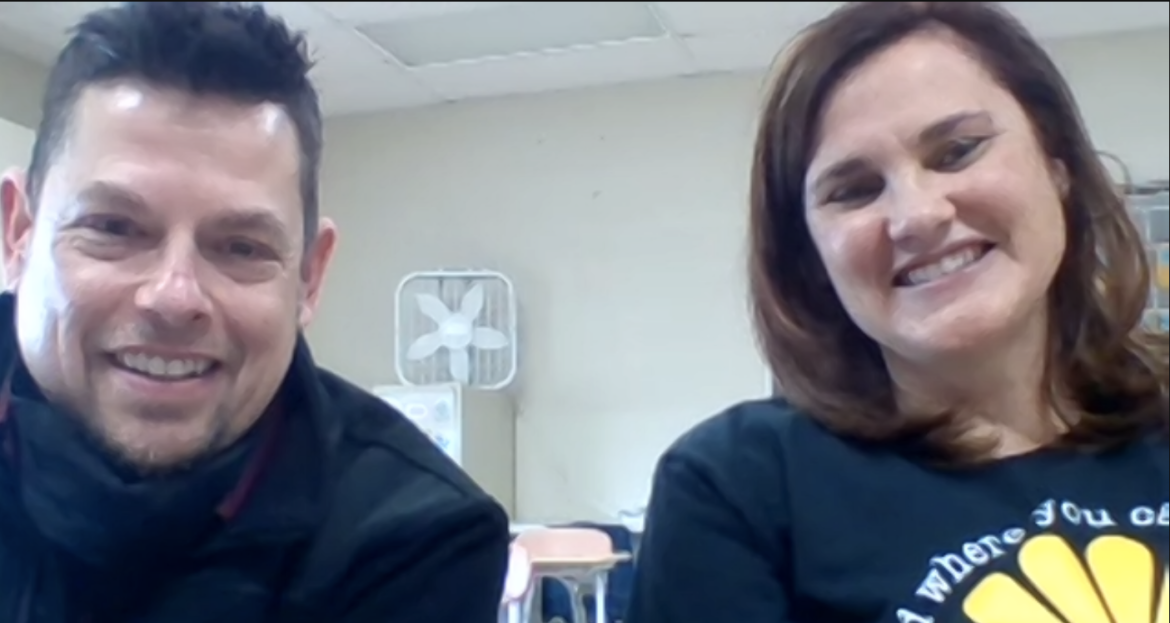 ST. CLAIR COUNTY, Mich. – Jason Perrin and Lesley Stauffer, teachers in the East China School District, proposed a new virtual academy for next fall. The program, called the East China Virtual Academy, will be open to K-12 students and will allow users to diversify their schedules based on their own learning needs.

“We have also certain students that like different learning styles and are not set in stone,” said Perrin, a science teacher at St. Clair High School. “Having that traditional education that we see every day, so we wanted to offer, really opportunities, for students that maybe need more options or don’t fit the mold in a traditional setting.”

The East China School District has a total of 3,820 students counted for the 2020-21 school year, according to MI School Data. With the small number of students throughout the district, schools are unable to have diverse classes for students. Instead, students have taken online classes from the local community college or other virtual platforms, East China School District Superintendent Suzanne Cybulla said.

The East China Virtual Academy would allow students the opportunity to have a diverse group of classes to choose from on the school district’s website, ranging from basic common core classes like history to electives like aeronautics and space travel at the high school.

“We want to make sure we’re offering a variety of courses for students that really small schools sometimes can’t do,” Perrin said.

Perrin and Stauffer also want the academy to stress the importance of the student and teacher relationship while giving students different options for learning.

“The kid’s not just going to be sitting in front of the computer all day with no support,” Stauffer, a Marine City High school mathematics teacher, said. “That’s a really big deal for us, is to offer that support and guidance.”

Perrin and Stauffer researched multiple platforms to place the academy on before settling on Accelerate Education. The platform, which will be used in the academy throughout the students’ online education, gives students an interactive experience while still being virtual.

The academy will offer many different schedules for students. Students will enroll from a semester to semester basis and can choose how many classes they would like to take. The academy will also allow students to complete summer school and make up credits for graduation.

However, with the pandemic causing students and staff to transition into online learning, East China School District Superintendent Suzanne Cybulla decided to put the virtual academy on hold.

“I asked that we pause our rolling out of the East China Virtual Academy until we were past the pandemic virtual learning because I didn’t want the two to be confused,” Cybulla said.

On Feb. 22, Perrin and Stauffer were able to present to the Board of Education. They received positive feedback from members of the board, as well as multiple questions about what the academy would entail.

One question posed by Treasurer Karen Cedar on the Board of Education was about athletics and extracurricular activities.

“So they are an East China student, could they still play sports, be in plays, do honor society?” Cedar said during the meeting.

Cybulla said that extracurriculars would be determined most likely on a case-to-case basis by looking at the specific team and classes. The board is looking into other options to find a way to allow students to take advantage of the academy, while still being able to participate in sports and extracurriculars.

“It might be on an individual basis depending on the team,” Cybulla said. “It might not be a blanket yes or blanket no.”

Initially, the academy will be open just to East China School District students, but eventually, it will allow non-district students to apply depending on the spots available.

The teachers will teach in-person classes along with virtual classes through the academy. However, depending on the number of students in the academy, some teachers could become all virtual. For the teachers of East China School District, online teaching would not be as much as a problem as it was in the past, said Cybulla.

“I think this year, the pandemic introduced us to a lot of things, and technology and learning virtually was one of them,” Cybulla said during the board meeting. “And some of our teachers have really enjoyed that experience and could develop it further in the academy.”

The academy is now enrolling on its website and has an open interest survey to be completed by possible students by April 9. Cybulla said she was looking forward to the academy and what it could bring for the students of the East China School District.

“We’re excited to offer just another opportunity and way for students to learn and still keep them connected to our East China teachers,” Cybulla said.