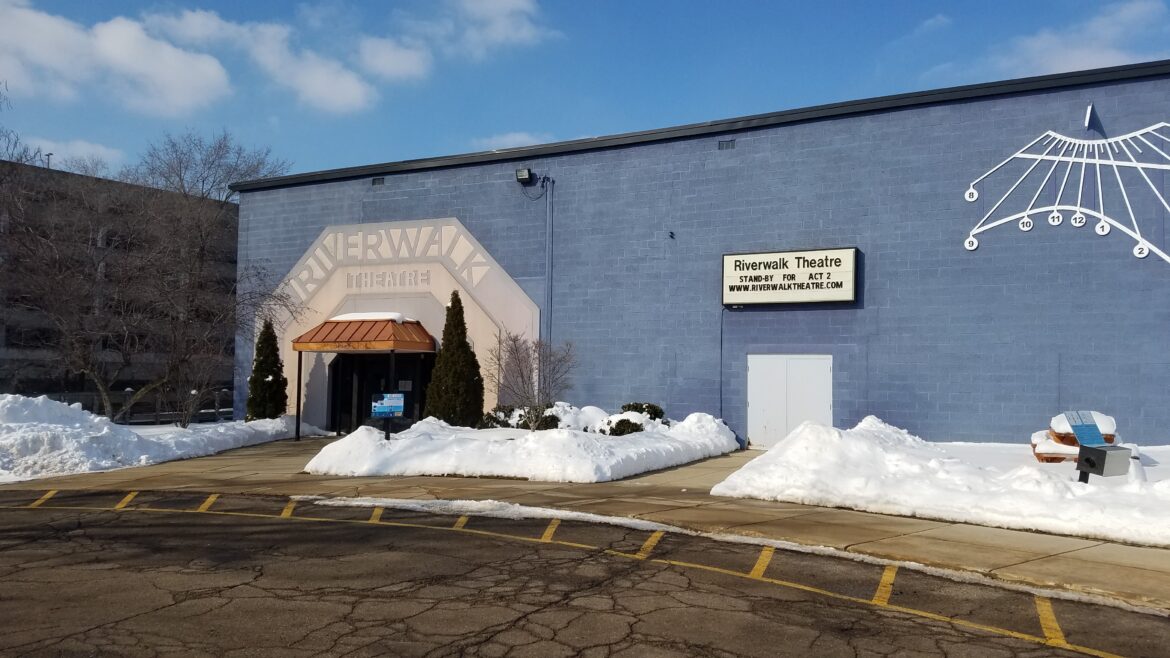 Entrance to the Riverwalk Theatre off Museum Drive in Lansing

LANSING, Mich. – With its first-ever virtual performance over, the Riverwalk Theatre is preparing for more virtual shows in the midst of the COVID-19 pandemic and a cold Michigan winter.

Cold weather put an end to outdoor events hosted by the theater in the fall and led to a nearly three-month-long halt of any performances.

Looking for a way to bring back a feature-length production, the theater eyed a virtual setting, eventually settling on a performance via the video conferencing app Zoom.

They deliberately chose to perform “A Doll’s House” by Henrik Ibsen as its limited change of setting suited the virtual setting of the experimental show. The play was written in 1879 and revolves around Nora Helmer, a woman who illegally borrowed money to help her husband.

Concerns about the coronavirus and limited access to testing prevented the show from being recorded or broadcast live from the stage, Riverwalk Theatre President Jeff Magnuson said. Instead, the show was pre-recorded and edited together from two run-throughs the weekend prior to opening night in order to capture some of the energy found during live performances, while making artistic use of edits and keeping everyone involved safely distanced.

The performance is available until March 31 for on-demand viewing on the Riverwalk Theatre website for $20.

The show was well-received by an audience eager for an end to the drought of theatrical productions, Production Vice President Rita Deibler said.

“Their expectations were, I mean, a Zoom meeting,” Deibler said. “They were pleasantly surprised to see the care that had been taken to make it not feel like the Brady Bunch window.”

The ongoing COVID-19 pandemic has infected over half a million people in Michigan, leaving more than 15,000 dead, according to the Michigan government. Performing indoors is a safety concern, as the virus spreads through contact and respiratory droplets, putting the audience, performers and staff at risk.

With the help of loans from the Paycheck Protection Program, a federal program introduced in the CARES act that offers loans to help subsidize payroll costs for small business, the theater has been able to hold on to its staff, and grants from the Michigan Council for Arts and Cultural Affairs along with money from donors and members have helped the theater meet its expenses.

Before the pandemic, in addition to live performances, the theater offered children’s workshops and a children’s summer experience that ended with a performance. The production committee has also been trying to diversify the shows it offers to ensure that they’re telling stories that represent women and people of color, Magnuson said.

Riverwalk Theatre has been producing at least 12 shows per season for 19 years and has been performing shows at 228 Museum Drive for over 30. While the pandemic has cut that number down to about five shows, with only two being ticketed, the theater is determined to bring quality performances to its community.