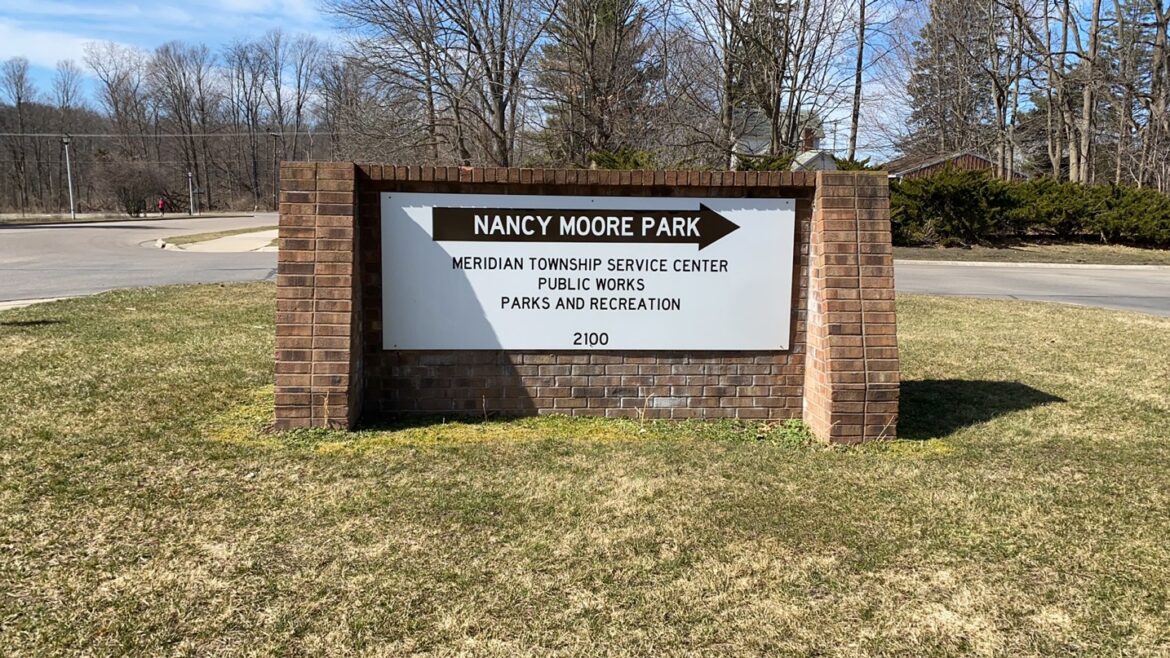 The Meridian Conservation Corps held on March 13 an Invasive Species Field Training to curb the spread of non-native plants.

“It is a good opportunity to meet people during the COVID-19,” said Meridian Township resident Jennifer Rutzen who participated in the training at the Service Center near Nancy Moore Park, 2100 Gaylord C Smith Ct. in Haslett, Michigan. “Also, I can learn lots of things about nature.”

“Invasive species caused harm, environmentally, economically,” said Campbell. “They often form a monoculture. They push everything out of their way, and they will be the only thing that grows in an area.”

During European settlement, the problem of invasive species already exists. People did not realize their harm at first and planted them in the yard as food, such as garlic mustard plant. Gradually, invasive species let the community’s natural environment lose diversity, and the natural area does not be resilient.

“Our entire country is well educated now on the importance of only planting native plants,” said Kati Adams, the park and land preservation superintendent of Meridian Township.

Work together to create a better green space

Except Invasive Species Field Training, Michigan Conservation Corps has other activities for the public to solve other environmental problems, like Forest Watch, Clean Up Crew and Trail Blazers.

“It is a way to connect all those people who have knowledge, interests, passions,” said Campbell. “We can all work together to create a healthier, more sustainable community.”

For more information about those activities, here is Emma Campbell’s interview:

The Meridian Conservation Corps cultivates the connection between Meridian residents and the local land, even the earth. Campbell thought the Corps was like a big volunteer vehicle, and it was built around the conservation of our parks and preserves.

“It helps to build environmental protection awareness of volunteers to involve the care and the conservation of our township, local green spaces,” Adams said.

Meridian Township has 29 parks and there is a lot of green space that belongs to the public. Campbell is in charge of 1,600 acres, so she relies on the connection with volunteers to make local natural areas better.

“The significance of the Meridian Conservation Corps is having all of us realize the earth is everybody’s home and wanting to take care of it,” Campbell said.

I am a journalism student at Michigan State University. I was a reporter in Humans in East Lansing, which is a Chinese interview club at MSU. I love writing and want to be a reporter in the future.