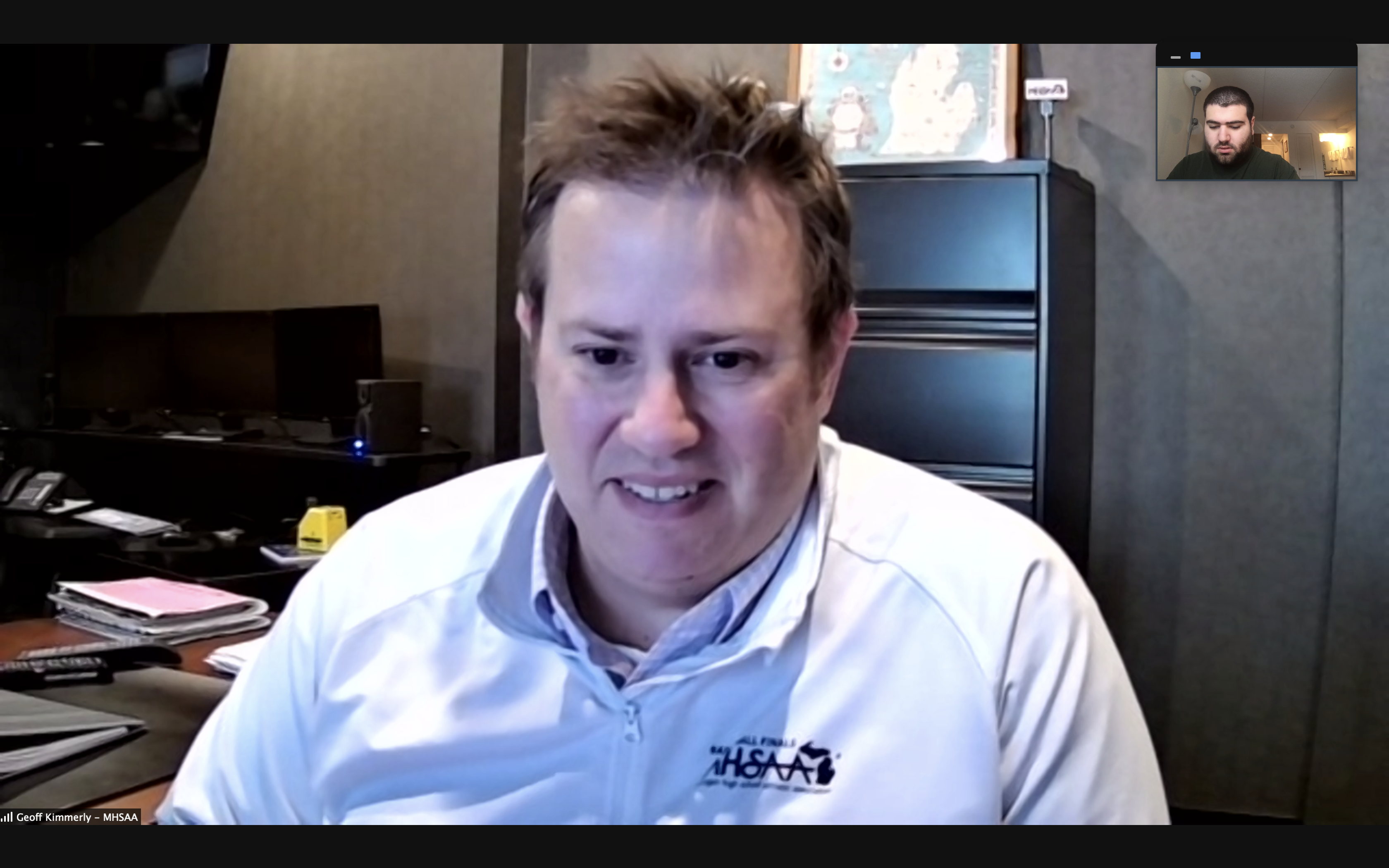 MHSAA Director Geoff Kimmerly on a Zoom call from his office.

However, with this new season comes new rules and guidelines amid the ongoing pandemic. The Michigan Department of Health & Human Services also recommends no more than two spectators per athlete.

Michigan High School Athletic Association Director Geoff Kimmerly said this season will be unlike any other, not to mention it is significantly shorter than previous years.

“Obviously we have started later than we ever have … working under precautions that we’ve never had to take,” said Kimmerly. “We’re doing all the things that we’re doing just so we have the opportunity to play and have some sort of season.”

The four high schools are all known in the area for their in-town rivalries. However, Lansing Catholic is the only one that is not a part of the Lansing Public School District. Rather it is a private, Roman Catholic school.

Because of this, they are not under as much scrutiny under the Michigan Department of Education as the public high schools are, and have in a sense been left on their own to deal with the virus amongst its community.

“We’re kind of  just following [MHSAA] guidelines: wearing masks, socially distancing,” said Lansing Catholic Assistant Athletic Director Ken Hintze. “The kids want to play…[and] the kids do have the realization that this year is unlike anything else.”

Lansing Catholic AD Brian Wolcott added on to Hintze’s comments by talking about more of the school’s safety procedures and how they have handled the virus.

Among the four schools, the sports that are being played include basketball, competitive cheer, swimming and diving, ice hockey and bowling.