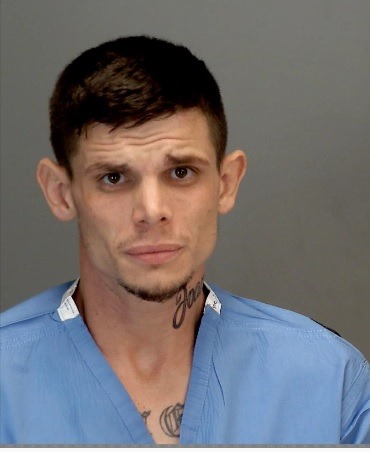 After an investigation, Ingham County Sheriff Scott Wrigglesworth says new procedures during the COVID-19 pandemic may be the reason Michael McKerchie was able to escape county jail.

The jail had ended some of its  daily practices temporarily to mitigate the spread of COVID-19, after seeing a surge in cases.

One of the procedures suspended was daily cell checks.

“Unfortunately, this temporary change in practice was taken advantage of by an inmate and he was able to escape.” Said Sheriff Wrigglesworth in his statement to the public. “The escapee utilized commonly accessible resources in his cell, broke out a window and fled.”

McKerchie had been in jail since Sept. 21 for auto theft and other felony charges.

Floyd Willis, a county resident who works next door to the county jail as an IT administrator, said he had been concerned by the escape. “The sheriff wouldn’t release any information until he was caught. But I do appreciate the fact they let us know he was the only escapee,” said Willis.

According to Wriggelsworth, the lack of information about the investigation was an effort to protect the safety of jails everywhere. The investigation found no evidence that McKerchie was helped  by staff or other inmates.

Wrigglesworth said he considers this experience as a lesson learned. All suspended and modified procedures have been restored.

I am a journalism student at Michigan State University. I aspire to become a broadcast journalist in the near future. I fell in love with writing at an early age. Over time, as my love for writing developed, I also gained a love for public speaking. I began writing motivational speeches, and performing them at churches all over Michigan, at the age of 12. I saw then, as a child, how powerful my voice was. That experience changed my life's trajectory. Now, I aspire to one day change the world for the better, through my journalism.