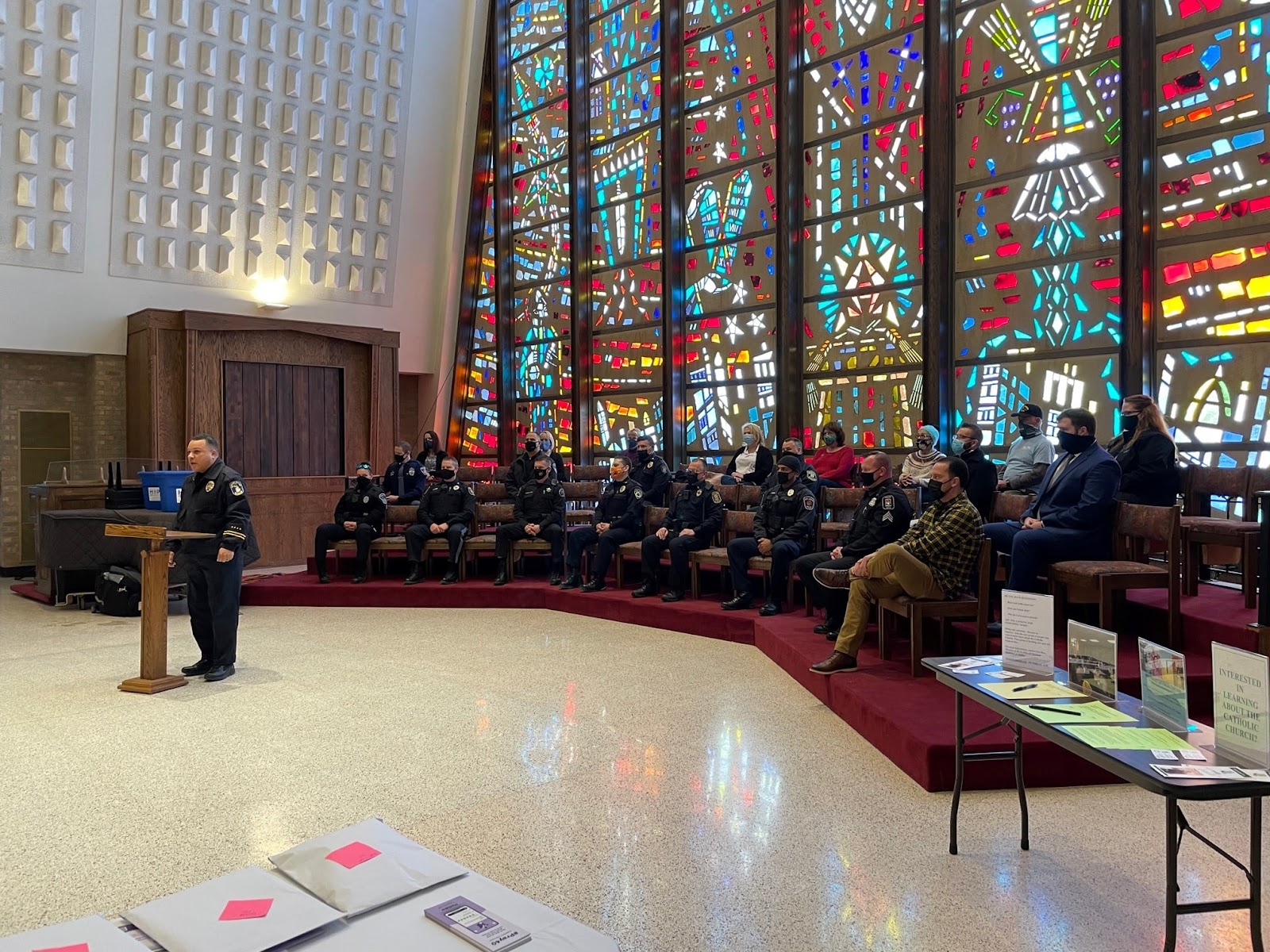 Williamston Police Department is one of over 100 police departments in Michigan and New York participating in the Hope Not Handcuffs program, a part of Families Against Narcotics, or FAN program, which brings together communities and police departments to assist in the recovery process of those struggling with drug addiction.

Williamston Police Chief, Jim Wolf, said the department offers a safe haven for individuals dealing with addiction, offering an opportunity to turn themselves in without immediate punishment, gives them food and water and a bed to relax on and calls trained volunteers from the program.

Wolf said, “We try to just instill some hope in them that there is a way out of this vicious cycle that they’re in.”

COVID impacting program and those struggling with addiction

With the ongoing pandemic, addicts and those helping addicts have struggled with the repercussions of social isolation.

Executive Director of Families Against Narcotics, Linda Davis, said:  “For a long time, we had to do Hope Not Handcuffs intakes online, because police station lobbies were closed. We also had to convert our other programs to virtual programs. We’ve done naloxone training, community forums, family and peer recovery coaching, and more via Zoom. Not being able to meet with people face-to-face has been a real challenge.”

Not only that, but donations are low while families across the country struggle with economic hardship and turmoil. Those struggling with addiction have struggled with that, as well as many other aspects of the pandemic such as isolation and changes in day-to-day routines.

Davis said: “There has been a massive increase in overdoses. The last statistic I saw was a 43% increase and about a 20% increase in overdose deaths. Isolation is not good for somebody that is in recovery. They need community support, and this isolation has really been detrimental to people’s health.”

Infographic on COVID-19 and drug use risk / Credit: CCSA (https://www.ccsa.ca/sites/default/files/2020-05/CCSA-COVID-19-Methamphetamine-Cocaine-Health-Risks-Infographic-2020-en_0.pdf)

FAN’s solution to this problem is finding new ways to have “sober fun.” Before the pandemic FAN arranged meetups with volunteers, addicts and those recovering to have picnics, go bowling or engage in other activities that can raise spirits.

The whole idea behind the program is understanding that these are normal people struggling with a serious disease, and all they need is support.

Wolf said: “I’ve been a police officer for over 31 years, and I’ve seen repeat offenders. I believe in my heart it’s not that they want to keep doing it. It’s just they’re kind of stuck in it. It’s an addiction, it’s a disease, and they need help. They need help, besides themselves.”

According to the FAN website, since Feb. 1, 2017, the program has helped 5,405 individuals in Michigan and New York struggling with addiction.

Recently, the program has been building on social media platforms to reach younger audiences and to gain more outreach from community members.

“We try to have a program that’s available for wherever and whatever the circumstance might be for the person who struggles,” Pavona said. “So, with Hope Not Handcuffs, that’s a voluntary program where the person simply says ‘I would like to get some help.’”

Pavona said that although the Hope Not Handcuffs program did not originate with FAN, it is one of the largest police-assisted programs in the country. He said this has been due in part to FAN’s resources expanding the program’s reach.

“Police probably have eight or 10 different precincts, but they’re considered one entity,” said Pavona. “We have 14 of those entities. [Ingham County FAN] is one of the 20 chapters in the state. And, in this area, we probably have about 30 angels.”

Pavona said that they ask police departments participating to provide just three things. One is to have the philosophy that addicts are not bad people, but rather individuals struggling with a disease.

Second, FAN asks police departments to treat people coming in with dignity and respect  to gain a positive reputation and trust within the community. And finally, they ask the departments to be willing to provide a safe, comfortable environment for whoever comes in. Whether it is food, water, comfort or just a place to sit, they want to make people feel comfortable to come into the police stations for help.

“What makes the program really good is our attempt at trying to coordinate with the community to where the community begins to look at law enforcement as an ally in this instead of an enemy,” Pavona said. “We want them to run toward the police and toward the courts to get help.”

The program assists with those struggling with drug abuse, those recovering from drug abuse and even those who have never had a problem. With the latter, they educate on the issue and repercussions and attempt to prevent future substance use. Beyond those three types of people, the program also works with the families involved.

Pavona said: “It’s a family disease. And like it or not, when a person’s struggling, they’re taking their brothers, sisters, parents, grandparents and everybody else down the toilet with them.”

Pavona himself has had his own experience with someone close to him struggling with addiction. In 2011, he lost his 25-year-old son to an overdose following years of addiction, and this was what inspired Pavona to become a part of FAN and motivates him to spread the word and educate as many people as possible.

Pavona said: “For me it’s personal. I would probably never be doing this. I wouldn’t be retired now doing this as a volunteer had it not impacted our family in that way.”

Pavona, like many others, got involved to prevent similar situations happening to others and their families. Most volunteers have had an experience in their family or themselves with drug addiction or substance abuse. 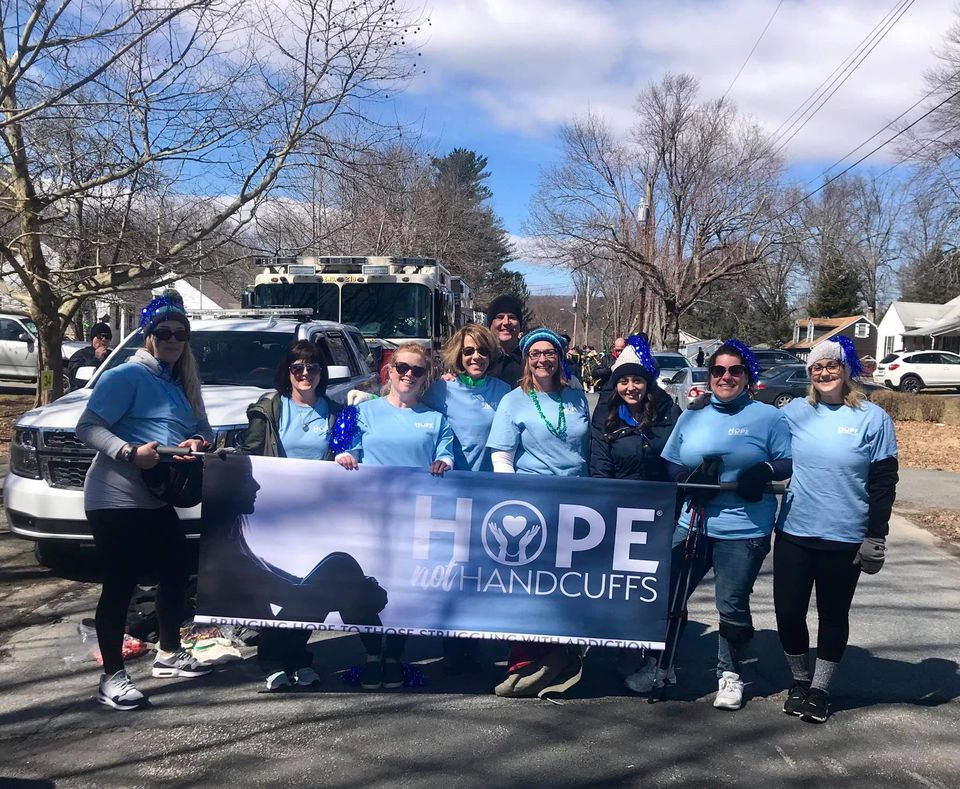 For more information on Hope Not Handcuffs: https://www.familiesagainstnarcotics.org/hopenothandcuffs