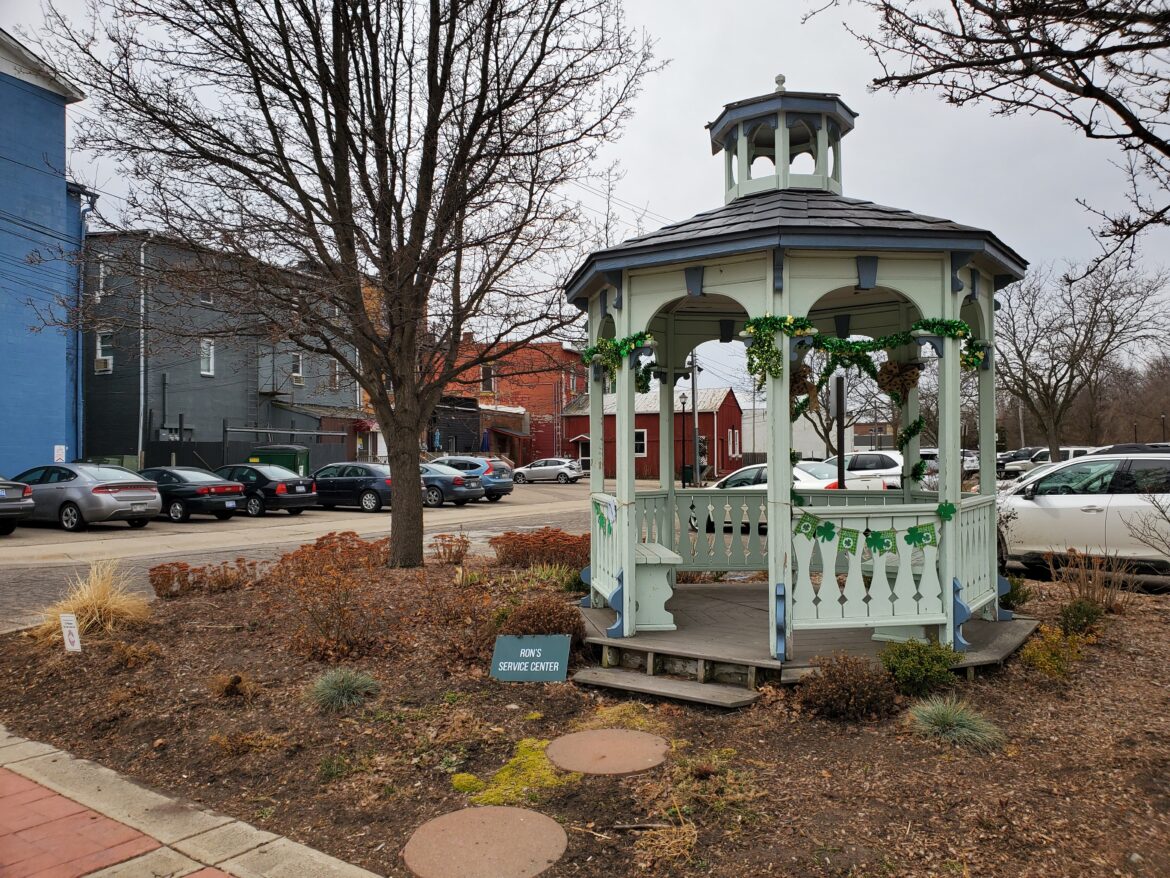 The 60 members of the Williamston Red Cedar Garden Club voted unanimously in early March to transfer the money the club raised for a new gazebo in Old Mill Park to the Public Spaces Community Places grant that would double their $10,000 contribution.

City Manager Corey Schmidt said the money from the grant would help cover the expenses of additional upgrades to the gazebo and leftover money could be contributed to another development: the boardwalk project.

The agreement between the Williamston Red Cedar Garden Club and the Downtown Development Authority was that if the club put the donation toward the grant, the DDA would sign a proposal guaranteeing the completion of the developments the club intended to fund.

Williamston Red Cedar Garden Club President, Jolanta Piecuch, said the new gazebo will be wheelchair accessible, made of white vinyl and will have an electrical outlet.

Any remaining money from the Public Spaces Community Places grant will help to cover the 20% match the DDA must contribute to the boardwalk grant.

Schmidt said the boardwalk in Williamston that runs along the Red Cedar River was installed sometime around the late 1980s or early 1990s.

Three years ago, the Williamston City Council had a structural assessment done on the wooden boardwalk that showed it would need to be replaced or extensively fixed in the next 2-3 years.

Schmidt said the city received a $250,000 grant through a program at the state of Michigan that is designed for transportation alternatives. The wooden boardwalk will be replaced with an on-grade path made of asphalt and concrete.

The new pathway will better connect Old Mill Park, McCormick Park, and businesses in the downtown area. The gazebo from the Williamston Red Cedar Garden Club will also be easily accessible from the pathway.

In the process of starting these developments, the city had to have some trees cut down.

DDA volunteer and co-founder of Williamston Theatre, Emily Sutton-Smith, said people were upset about the trees coming down, but not only were the trees in the way of the boardwalk project, they were rotted and needed to be taken down anyway.

The DDA hopes to increase communication with community members and discussed briefly in a meeting on March 16 about how they might do that.

My name is Shelby Frink, and I live in Lansing, MI. I am a journalism major with a concentration in writing, reporting and editing. I am also interested in photography and video editing.