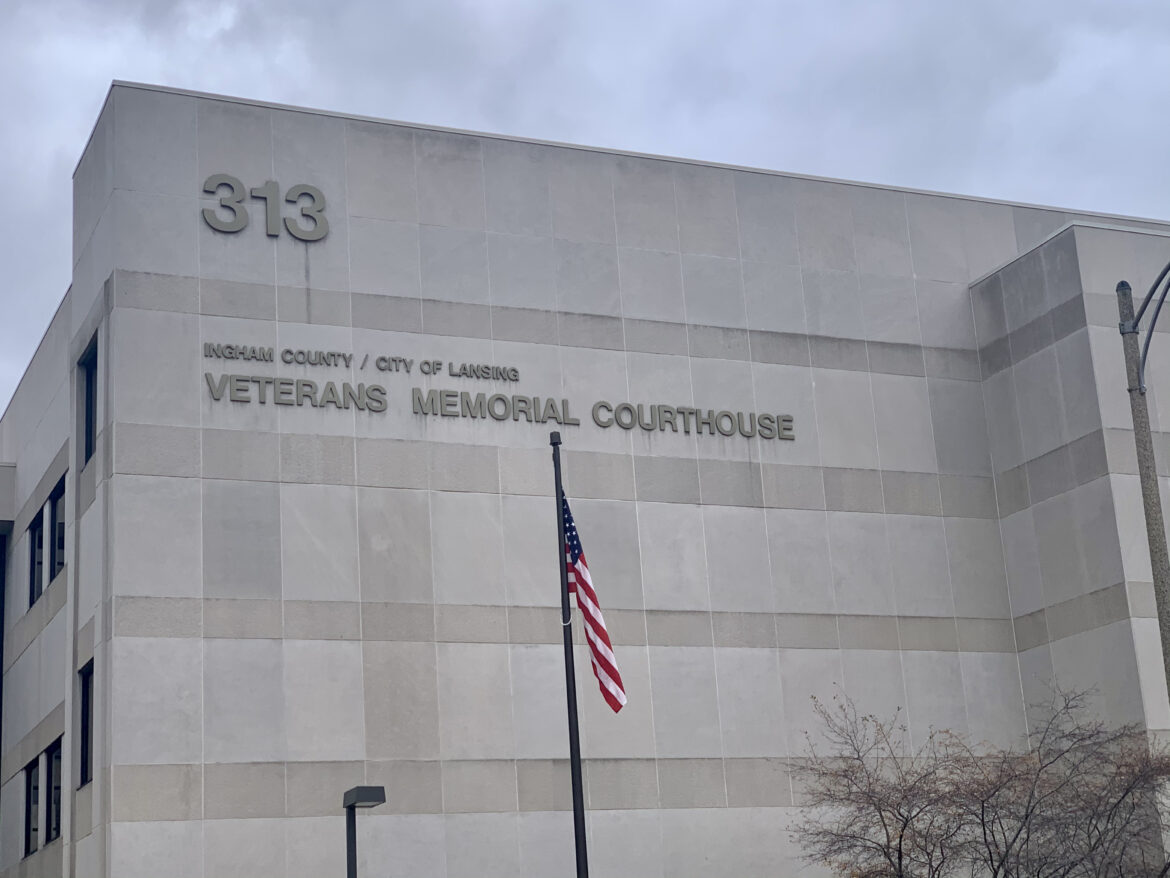 Veterans Memorial Courthouse in Lansing holds eight of the 30th Circuit Court’s nine judges, including the general trial division on the third floor, which is where criminal jury trials are held. The ninth judge is housed in Ingham County Courthouse, which is currently closed to the public.

The court hired Thalner Electronic Labs, an Ann Arbor-based audio and video solutions company, to handle the changes in four of the courtrooms at Veterans Memorial Courthouse in Lansing.

Initially, two courtrooms were outfitted with the accommodations. Two more were approved by the Ingham County Board of Commissioners on Oct. 6. It cost $9,044.49 per courtroom for the upgrades.

Jason Lambert, an account executive and sales engineer for Thalner, said these changes included spacing out furniture, expanding the jury box into the gallery, and adding microphones and monitors to account for the increased distance of the jury.

Wiring for each courtroom runs through the counsel’s tables and the floor, so Lambert said each courtroom took three days — two days to handle all of the wiring and another day to retune the microphones to the room.

George Strander, court administrator for the 30th Circuit Court, said the pandemic brought court proceedings to a halt in March. The Ingham County Courthouse in Mason, which houses one of the nine 30th Circuit judges, remains closed. Veterans Memorial Courthouse, which holds the other eight, is open to the public with screening precautions in place for employees and the public.

“One of the things that we needed to consider as the recommendations started coming out as far as dealing with the virus, was how to effectively socially distance and otherwise protect people who might be using the court facility,” Strander said.

Strander said they were in close contact with the Ingham County health director when preparing to start in-person jury trials again. The 30th Circuit Court has held three jury trials since the start of the pandemic, but on Sept. 29 chief justice Richard J. Garcia has suspended all jury trials until Nov. 2.

Ingham County Health Officer Linda Vail said that once the court had changed their courtrooms, they asked her to do a walkthrough to make any suggestions for improvement. Vail said the largest suggestion she made was spacing out the jurors, but each courtroom differs in its set up.

“Each of the judges is kind of doing things slightly differently, they are their courtrooms,” Vail said. “So I did go through a number of them.”

Strander said that if a room cannot accommodate a socially distanced gallery, there are other rooms in the courthouse where the public can watch a livestream of the proceedings or it can be accessed via Zoom.

Strander said the goal with these changes was to make them easily reversible once things go back to pre-COVID standards.

“We’ve consciously planned for both so that we’re not doing things that will prevent us from going back to the system that we’ll eventually be able to use,” Strander said.

As more and more employees are coming back to their offices, Lambert said Thalner has seen an uptick in businesses approaching them and asking for socially distanced alterations to their offices. He said that a lot of these changes come down to scheduling conference rooms and making certain desks off-limits.

“So it really is the trend of everything that we might design or potentially integrate into a space, is being run through the filter of what we’re dealing with right now,” Lambert said.

Vail said stay-at-home orders are meant for when situations are for when things get more out of control than where things are currently at.

“Shutdown orders in this country and in this state have not gone over well,” Vail said. “This is not Europe and other countries and we just don’t seem to be able to get our heads around some of the things that are important.”

Vail said that if people can strictly adhere to masks, social distancing, avoid large gatherings, handwashing and avoid touching their faces, then shutdowns could possibly be avoided and some semblance of normalcy can exist.

“I don’t think those five things are that much of a sacrifice to make in order to keep everything else running along as close to normal as possible,” Vail said.

Hope O’Dell is from Midland, Michigan, and came to Michigan State University in 2018, where she majored in journalism and Social Relations & Policy. Her journalistic interests include investigative and political reporting. In addition to the Spartan Newsroom, her reporting has appeared in the Red Cedar Log, the Grand Haven Tribune and the Midland Daily News.