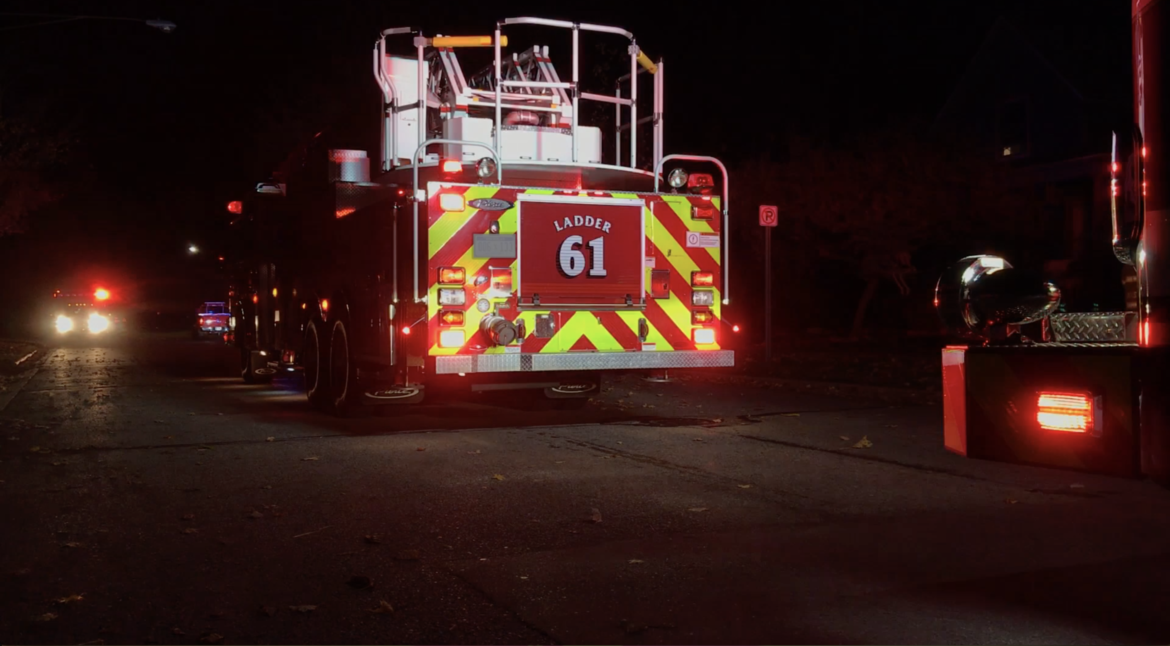 A boiler overheated Thursday night on the 200 block of E. Riverside Street in Williamston, alarming homeowner Patricia Murphy and her family. She said the home got “uncomfortably warm” before the boiler gauge burst.

Murphy and her family made it out of the home safely. The home appeared to have no visible damage.

“I started to feel the radiators,” said Murphy. “They were too hot to touch.” She looked down at the gauge on the boiler, and it had melted. That’s when Murphy knew it was time to dial 9-1-1.

She said she yelled to her family the radiator had blown as she was on the phone with the repair company. “My husband went upstairs [onto the second floor] to get the boys out,” said Murphy, “because we had a wooden stove burning and the boiler is gas fed.”

Murphy said her family had been without heat for a couple of weeks since their boiler stopped working.

Preparing for the cold weather ahead, Murphy said she tried to get their boiler fixed earlier Thursday evening, including having the company repairing the boiler and making a few visits this past week.

Williamston Police and Northeast Ingham Emergency Service Authority Fire arrived at the home after 8 p.m. and found the home safe for the homeowners to return that evening. NIESA Deputy Chief Rod Pfiester said the fire department turned off the gas and the electricity to the boiler.

“The release valve is what opened up and filled the basement full of steam and a lot of water,” said Pfiester.

Pfiester said the fire department did a thorough inspection and found no possible fire hazards. “Everything checked out fine,” said Pfiester. Pfiester said he will talk to the residents to make sure they get someone to check out their boiler.

Murphy said the first responders did a “phenomenal” job. “[N.I.E.S.A] came out and checked everything over, and we’re all good,” she said.

Nearby residents and neighbors said they did not hear the boiler break. Next door, Rob McPherson said he was getting his kids ready for bed and didn’t notice there was a problem with the Murphy home until first responders arrived.

Murphy said she does not know what the next steps will be, but she plans to call the repair company to get the boiler looked at again. “But now we’re back to square one with the boiler,” said Murphy.

In a text, Murphy said the repair company revisited the home and finished fixing the boiler on Monday, Nov. 2.

Brian Goldsmith is a third-year student majoring in broadcast journalism. His dream is to work in radio and tv broadcasting. He hopes to pursue a job in sports journalism. Brian is an enthusiastic sports fan and enjoys watching baseball and college football. Catch Brian writing for Impact89FM.org as a general assignment reporter covering all topics on Michigan State. For the latest news coverage visit @briangoldsmitha on Twitter.