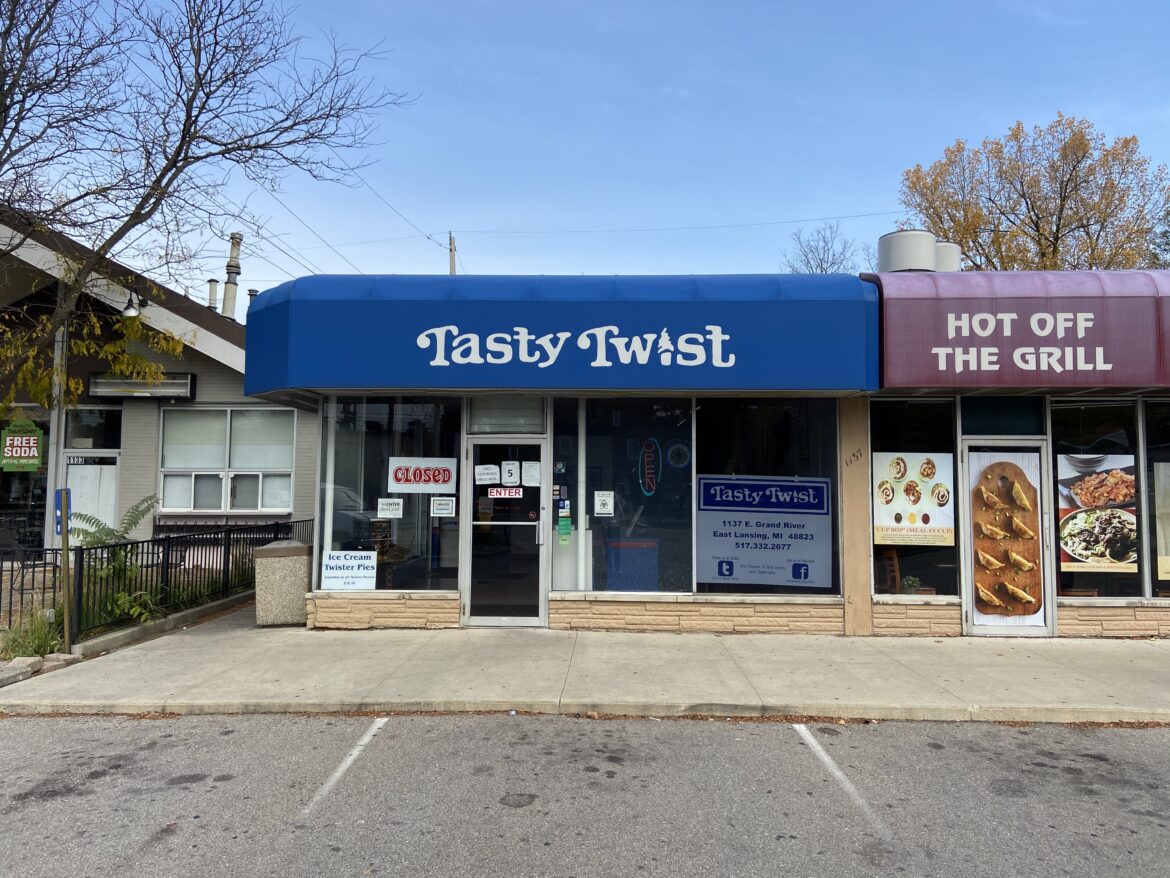 EAST LANSING – Tasty Twist has been handling the COVID-19 pandemic from the business point of view since early March, said ice cream shop owner Scott King. He said sales have been going back up, despite small setbacks.

King said sales have “been fairly good. I don’t think it’s really 100% because I think that there are folks that are out there that don’t want to leave their homes with everything going on, but, we are doing better than expected.”

King touched on how Tasty Twist, 1137 E. Grand River Ave., didn’t technically did not have to shut down but still did for the safety of community and customers.

King said, “Our license with the health department and city says we are considered carryout. We closed for six weeks … up until May 1st because of how strict the governor’s orders were and the safety of our customers.”

King said he doesn’t believe the pandemic has been a bad thing on the business side of things.

“I think there is a possibility the opposite might happen. Home football games are the worst days for us really because of how busy Grand River is and because of tailgating,” King said. “Our Saturdays might actually be more productive, which may be a backdoor way of business because I would much rather have people at the stadium.”

King said that once the shop reopened in May it was a slow buildup to get back to normal, but things are going better than expected. Loyal customers like Adam Johnson are key to this success.

“I’ve been going there literally my whole life. I remember going there with my mom and my friends after school ever since I was in kindergarten and 1st grade,” Johnson said. “I’ve never really stopped going there, it’s always been my go-to soft-serve ice cream.”

Johnson said he wasn’t upset at all with the short shutdown. He said he was disappointed but that he supports the decision to try and keep both the business and customers safe during this public health crisis.

Johnson said he is very comfortable with the restrictions at Tasty Twist after it opened up.

Johnson said, “I think that it’s really good how they’ve put a limit on the amount of customers in the store and I like how they have a designated entrance and exit. I haven’t seen any employee without a mask on and I’m overall pleased with how safe it seems they’re being.”

Camden Trudeau said he recently found out about Tasty Twist and has fallen in love with it.

“I love ice cream,” Trudeau said. “I just moved here recently this year because of school and Tasty Twist is amazing. It’s probably a top-three place to get ice cream in East Lansing in my opinion.”

Trudeau also said he feels very comfortable there. He said that the atmosphere is very pleasant and he has no worries with his safety even though we’re in the middle of a pandemic.

Trudeau said, “There’s a nice bench spot right outside after you exit and I like to sit there whether it’s just me or I’m with a couple of my friends. Sitting on the bench while enjoying some top-tier ice cream is very relaxing to me and is somewhere I can go to get away for a second.”

My name is Tyler Castillo and I'm a journalism major at Michigan State class of 2022. My passion is to talk sports whether that is covering them live, talking about them with others, or the classic debates. Another passion of mine is also journalism. I love finding a great story and unraveling the information from within.