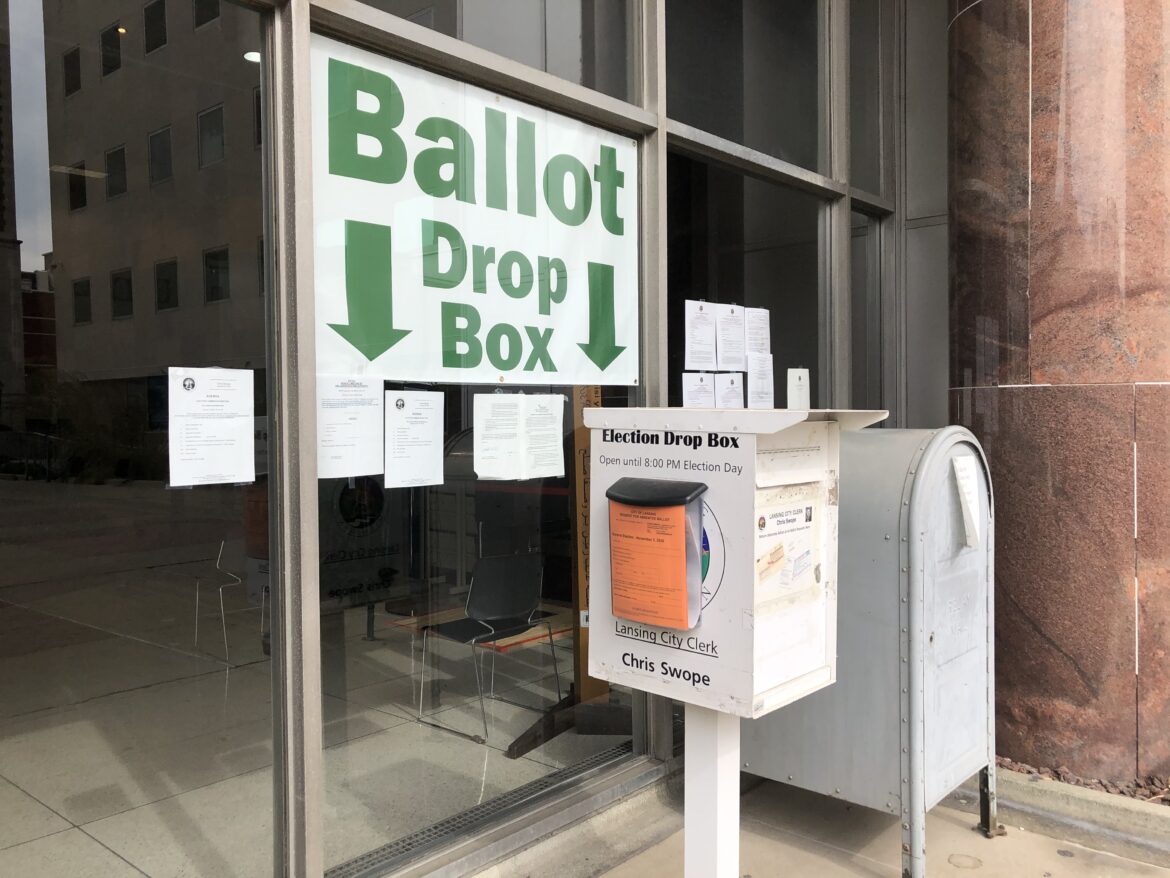 This is just one of 15 ballot drop boxes that Lansing City Clerk Chris Swope and his team set up Sept. 24. It can be found outside Lansing City Hall office at 124 W. Michigan Ave.

“We’ll take whenever and wherever people come in. All precincts have personal protective equipment protocols and election workers will have masks and hand sanitizer,” Jackson said. “We’re ready for everything.”

Note: While the map above includes all ballot dropbox locations throughout Lansing, it does not include all polling locations, but rather solely Ward 1 in the Eastern region. For further information, go to this link.

Melissa Kaplan is the academic and arts outreach coordinator at Lansing Community College. She’s involved across the campus in programming revolving around the arts and humanities, diversity and inclusion and she’s been a part of the college’s Black History Awareness Committee for roughly 10 years.

This year, her committee created a virtual event called “The Vote and Your Voice.” It took place at 3 p.m. Oct. 15.

Guests included Rep. Sarah Anthony, Lansing City Clerk Chris Swope and Lansing Community College political science professor Randy Watkins. They discussed the importance of voting and the history of obtaining voting rights, particularly for African Americans and women through the 15th and 19th Amendments. The event also provided information about how to vote in the upcoming election.

Kaplan is also involved in another event through Vote Forward, a nonprofit organization that encourages voting by allowing volunteers to “adopt” vote-eligible citizens and send them handwritten letters about why they vote.

The group had held campaigns that targeted specific states and regions through an event called “The Big Send.” For example, they sent letters Oct. 17 to Democratic-leaning voters in Michigan who are considered unlikely to vote in an effort to increase the turnout rates — all 564,087 addresses were adopted.

“I think that it’s easy for people to think that their participation isn’t going to make a bit of difference,” Kaplan said. “Voting is one extremely important avenue we have in our democracy that helps guide how our communities are run and funded, helps dictate what laws are made. The attention is always given to the big ticket items, like the president. But, on a local level we have so many ways we can contribute — ballot proposals impact our schools, parks, judges, city council and township office members. All of these things impact every single one of us every single day in terms of how we get to live our lives and what resources are available to us.”

Sara Tidwell, native of Port Huron, Michigan, is a journalism major at Michigan State University. On top of her Bachelor of Arts, she will be earning a minor in Sports Writing, expecting to graduate in 2022. She has worked as a staff intern reporter, city general assignment reporter, sports general assignment reporter, public and mental health reporter and, now, culture reporter at The State News, MSU’s award-winning, independent and student-run newspaper. She also serves as a member of MSU’s chapter for the Association of Women in Sports Media.