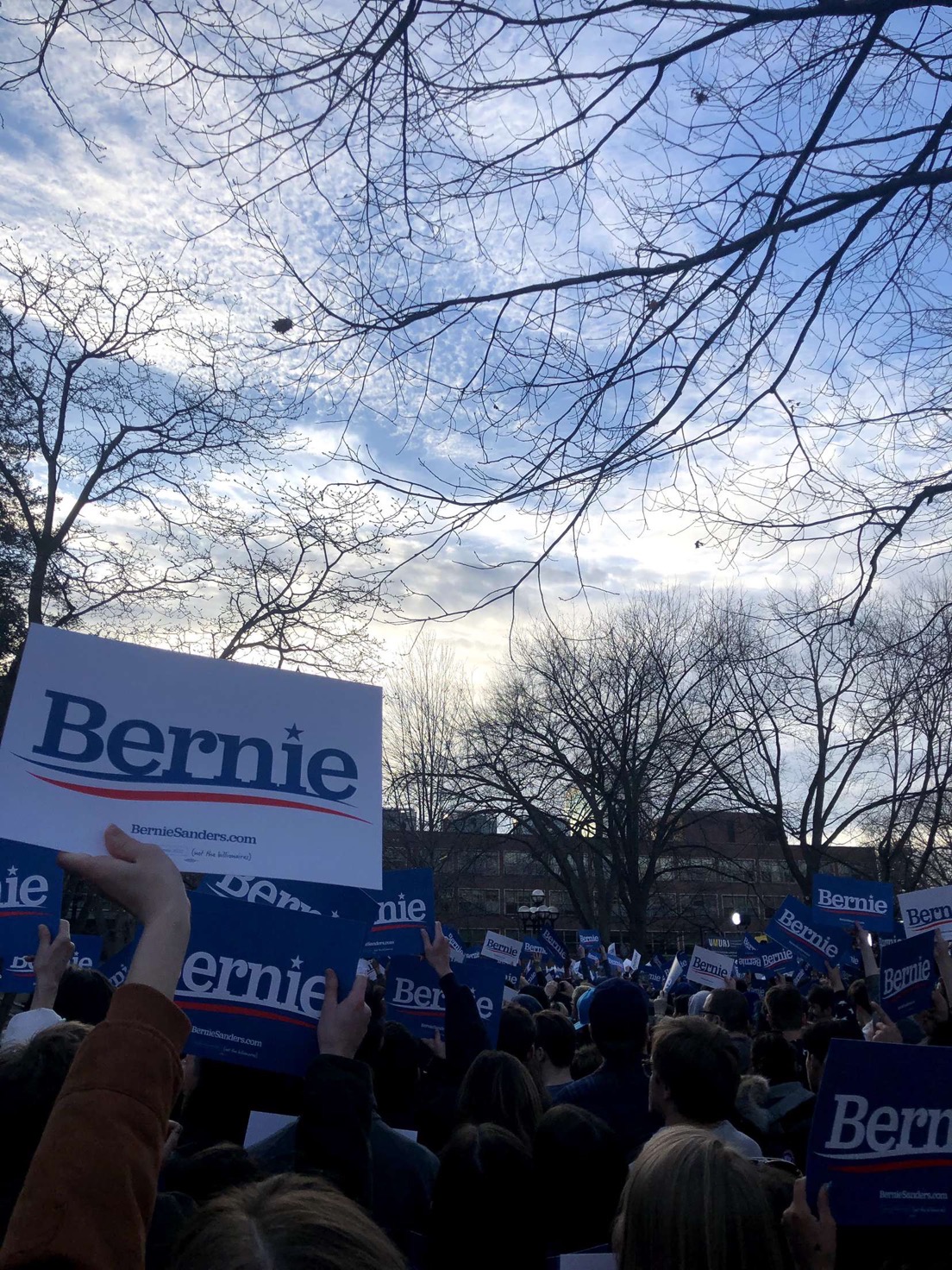 A Bernie Sanders rally in early 2020 by Kylie Pitt, published with permission.

As young progressives head to the polls (or the mailbox), a handful dream of voting for a different candidate than Biden; they wish Senator Bernie Sanders was on the ballot

Sanders was the runner up to Hillary Clinton in 2016 and to Joe Biden in 2020 for the Democratic nomination.

Although he wasn’t elected to the ticket, Sanders is extremely popular with young and especially first-time voters. In the Michigan 2020 Democratic Primary election, he held a considerable lead over Biden in the voters aged 18-44 category. He won 57% of the vote while Biden only had 35%.

Four young Bernie supporters in Michigan said they will be voting for the former Vice President despite being disappointed he defeated their first choice for the ticket.

Clinton blames Sanders for her loss in 2016. She accused him of not fully supporting her campaign causing many of his supporters not to vote for her.

Emma Burgess, a student at Eastern Michigan University said ,“I think this election is different from the 2016 election because now everyone can see exactly what Trump has done in office and what will be expected if he becomes a two-term president.”

For that reason, she said she will be voting for Biden. Kylie Pitt, another young Bernie supporter from Southeast Michigan said, “Choosing not to vote in 2020 is an irresponsible decision on the voter’s part.” She will also be casting her vote for the Biden/Harris ticket.

Marlana DeClaire a student at Michigan State University and Bernie supporter, said her nomination made her less likely to vote.

“During the Democratic debates, I hated the majority of her policies.” However, that isn’t enough to keep her from voting for them.

She said, “Watching the debates made me realize just how corrupt Trump is.”

She will be casting her ballot for Biden/Harris in November. Other former Sanders supporters disagree. Miranda Dunlap, a student at Michigan State University, said, “I would be voting for Biden is she wasn’t added, but it definitely makes me happier to cast my vote.”