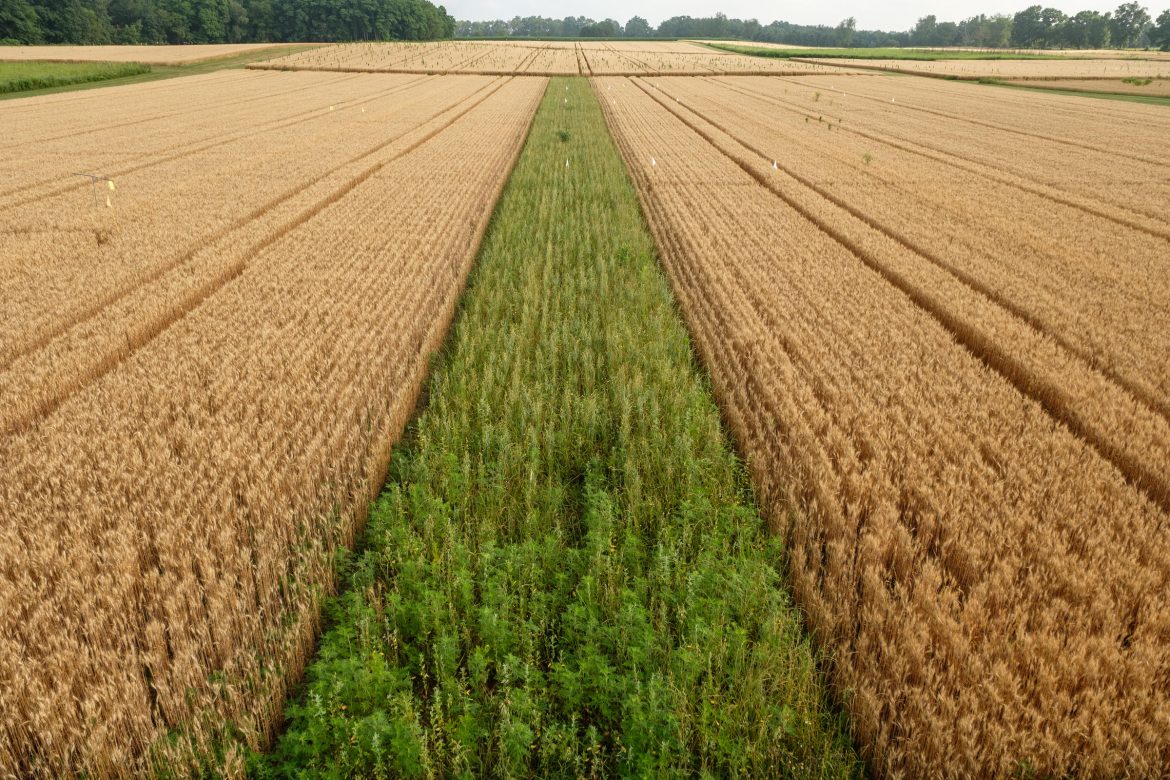 One of the fields researchers used in their no-till farming study at Michigan State University's Kellogg Biological Station.

Tillage is the process of breaking up the soil to prepare it for the upcoming grow season.

The study focuses on continuous no-till agriculture. That means the fields are never tilled, unlike some no-till fields that till every other year, said Nick Haddad, one of the Michigan State University researchers involved in the project.

“No-till agriculture is keeping the soil intact between harvesting and planting,” said Haddad, who works at the university’s Kellogg Biological Station in Hickory Corners “If you imagine the soil it has organic matter, it has animals living in it and microbes, all that. That whole healthy soil and biological material stays together.”

The study shows two key results: Practicing no-till agriculture improves crop yield over time. And it has positive environmental effects by creating higher-quality soil and reducing the amount of carbon released into the atmosphere.

“When we look over time, initially, when the land is converted to no-till there’s no difference in yield,” Haddad said. “Yet over time, every year the crop yield in no-till treatments becomes higher and higher relative to conventional agriculture.

“The crazy thing about our study is that over a thirty year time period we don’t see that trend leveling off,” he said.

That increased yield benefits farmers economically. Long-term benefits can amass to thousands of dollars per acre, and the value keeps accruing, Haddad said.

The improved performance comes from keeping the soil intact.

“It keeps higher organic matter in the soil, and it retains higher amounts of moisture, so that intact soil, and healthy soil, provides better conditions for agricultural crops to perform well year after year,” he said.

Haddad said those consistent benefits were found by looking at a longer time frame than the three to five years of a typical study. Because of variations in the environment, researchers needed to look at the work for more than a decade to see results consistent with the 30-year trend.

He said he believes the results are applicable for about 30-50% of the Upper Midwest corn belt.

Thelen keeps up the practice, citing its efficiency, along with improved soil quality and lower carbon emissions.

“We have the same yield as our neighbors do,” Thelen said. “But we have lower cost for our yield. Now it’s all about efficiency on the financial side of it.

For some farmers, the decision to till their fields depends on the type of soil and farming practices.

It also grows corn, soybeans, and wheat, but its soil is a heavy clay loam which tends to be compact.

“By tilling it, that allows it to break it up, aerate it and get oxygen in the soil,” Fisher said. “Lighter soils don’t have a tendency to compact that way, so a no-till situation works better in that circumstance in my view.”

For Haddad, the next step in the research is looking into when the increased yield levels of no-till agriculture level off, and to ask more about the changes that come with choosing not to till, like new methods of weed control