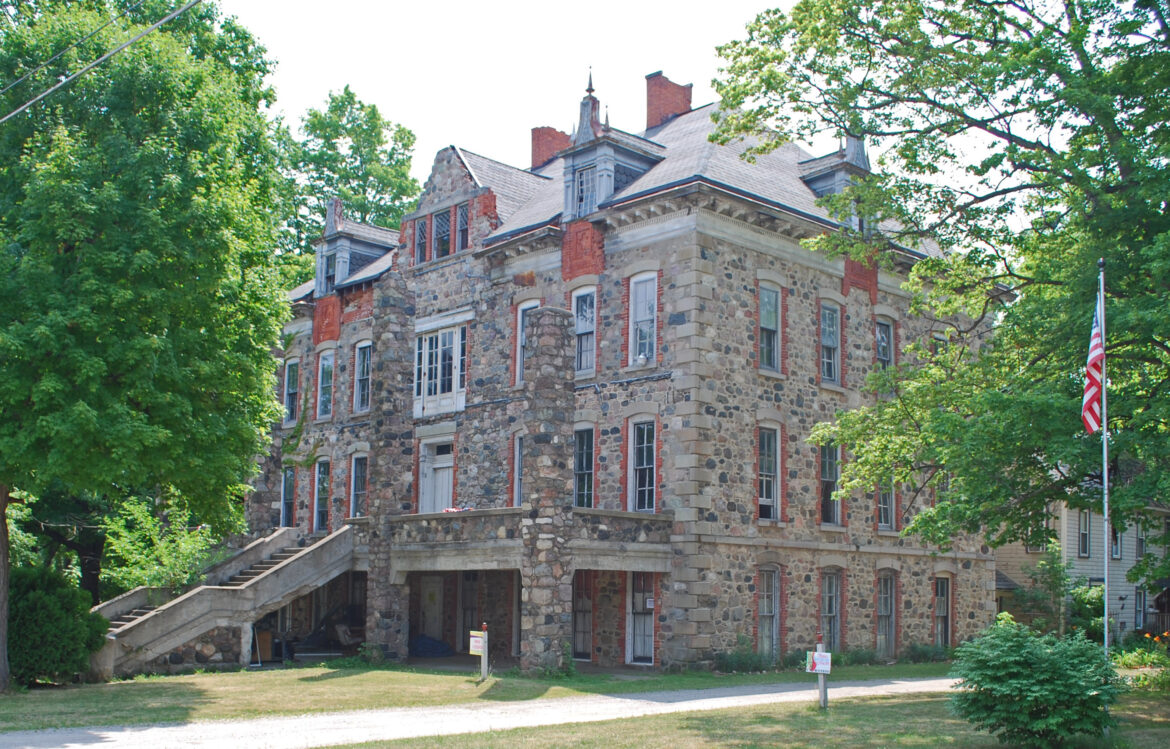 The historic Fenton Seminary in 2011, four years before demolition.

LANSING – The Beechwood Store in Iron River Township, built in 1912 in the small Swedish settlement of Beechwood, played an essential role in the cultural and social life of its western Upper Peninsula community.

It is a role so important that the store, which closed in 1929, earned a spot on the National Register of Historic Places in 1983. That’s the official list of the nation’s historic places worthy of preservation, according to the National Park Service, which administers the program.

But the store was demolished in about 2006, and the National Register dropped it from the list this summer.

Such delisting is not unusual.

A spot on the National Register doesn’t prevent property owners from changing, modernizing or even tearing down their buildings.

“You can alter, you can add, you can subtract, you can demolish,” said Todd Walsh, the national register coordinator in the State Historic Preservation Office. The agency is part of the Michigan Economic Development Corp.

But destruction leads to loss of the historic honor.

“Once a property is demolished or destroyed, it no longer retains historic integrity and cannot convey its historic significance. As a result, it is no longer eligible for listing in the National Register,” Walsh said.

Listed properties may be eligible for federal grants and tax credits, according to the National Park Service.

Listings are sources of local pride and are often used to promote tourism.

The Beechwood Store wasn’t the only historic Michigan property dropped from the National Register this summer.

The same fate happened to the Flint Brewing Co., which operated from 1896 until Genesee County voted to go dry in 1915.

The building was converted into the Lakeside Methodist Episcopal Church, then used as a warehouse, a welding business, a sign factory and a casket company until the county repealed its alcohol ban in 1933. It returned to its original purpose as a brewery and was torn down after a 1992 fire.

That, too, was the fate of the Bay de Noquet Lumber Co.’s waste burner in Nahma, located at the mouth of the Sturgeon River in what is now the U.P.’s Hiawatha National Forest. It was fueled by sawmill bark and waste wood.

The surrounding community dated as far back as 1856, when it got a post office, according to the Nahma Township Historical Society. The Bay de Noquet Lumber Co. once owned much of it, and more than 1,200 workers lived there in its long-past heyday, according to the tourism promotion agency Visit Escanaba.

Walsh said his agency learns of demolitions in a variety of ways, including news stories and social media posts. When that happens, it notifies the community that it’s asking the Park Service to remove the property from the register.

But adding properties to the register, not removing them, is the State Historic Preservation Office’s priority.

“Listing properties take precedence,” he said. “We go through the removal process in order to keep our records as accurate as possible. We process removals as we can, though.”

Other Michigan historic sites removed this summer from the National Register include the lumber schooner Alvin Clark that sank in Lake Michigan near Menominee, Detroit’s Grand Riviera Theater and the Fenton Seminary in Fenton.

The Alvin Clark was built in Trenton in 1846 or 1847 and sank near Chambers Island in Green Bay in 1864. Three crew members died.

The wreck was salvaged 1969 and docked in Menominee. Preservation efforts were unsuccessful, however, and the scuba diver who had found the wreck torched it in 1985. The remains were destroyed in 1994.

The Grand Riviera Theater opened in 1925 as a movie theater and later became a concert venue and closed in the mid-1970s. Deterioration of the building made it unsafe, and it was demolished in 1996.

The Fenton Seminary was a prep school for students and later became a Baptist seminary, a residence for retired ministers, an apartment complex and finally a convalescent facility. It was vacant from 1967 to 2015, when it was demolished.

Although Michigan has no pending delisting requests to the National Park Service, more needs to be done, Walsh said.