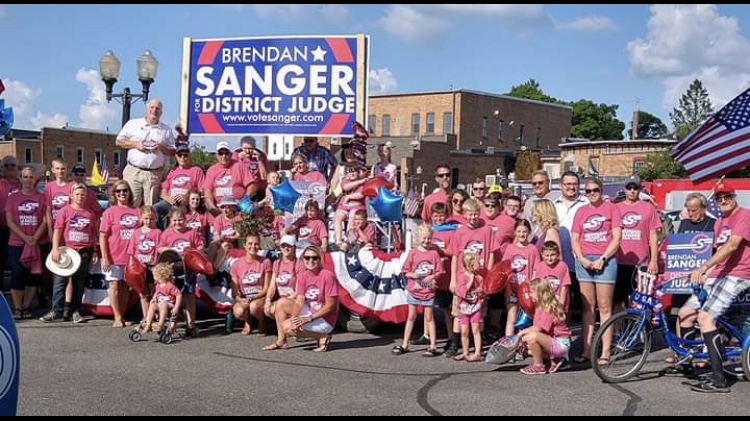 COVID-19 called for a recess to every aspect of daily life, and the court room was no exception.

Following the pandemic, the Hillsdale County Circuit Court was forced to close its doors to the public for months and adapt to a new pace while moving certain cases to a later date.

Hillsdale courts are just one example of a nationwide shutdown that forced the courts to move to a virtual setting.

While attorneys, clients and court staff were adapting to the changes not everyone felt the alternative communication outlets had the same impact a normal courtroom experience would provide.

Brendan Sanger, an attorney with 24 years of private practice experience, said he acknowledges the benefits technological advancements provided during this experience, “but also, we need to get back to having, in person trials, so Judges and juries, can see and hear parties and witnesses firsthand, because that’s always more powerful than someone over the phone.”

Sanger said that business slowed down for a while to the point where he was only getting calls for two or three potential clients per day.

As for the clients he defended, Sanger said, “With the shutdown, clients were not able to come to my office, so people called, however, we were shut out of the courts for a good period of time, because the courts were either closed or made it nearly impossible to access the courthouse.”

Sanger said he believes attorneys are an essential part of society.

“I believe lawyers are always essential because we’re the ones that are trusted to protect those that can’t protect themselves within the legal structures of society,” said Sanger.

Sanger said not every case has been treated in the same timely manner.

“The Courts want to hear only essential cases, and some cases have been held in abeyance, and not all the cases are being heard, or acted upon, so people are being denied their right to have their cases heard, and that disturbs me. That’s one of the reasons I’m running for District Court Judge in Hillsdale County right now,” said Sanger.

Circuit Court Administrator Cindy Webb said she tried to prioritize those in custody at the jails, after the courthouse was closed to the public on the first of April.

“If people were in custody at the jail, those [cases] we tried to take care of sooner,” said Webb.  “A lot of the other cases where people had bonded out could have been and were adjourned to a later date.”

Webb said that communication via email, Zoom, and telephone was crucial throughout the time that the court was closed to the public, but that they have since opened back up and are working towards a transition to normalcy again.

John Krage, 54, is a bankruptcy attorney and said he hasn’t done any in person court appearances since COVID hit.

“It’s all over the phone or internet, that’s it,” said Krage.

Krage said things slowed way down on his end.

“You don’t have banks and other attorneys suing individuals,” said Krage.  “All that slowed down, so the urgency to file slowed down too.”